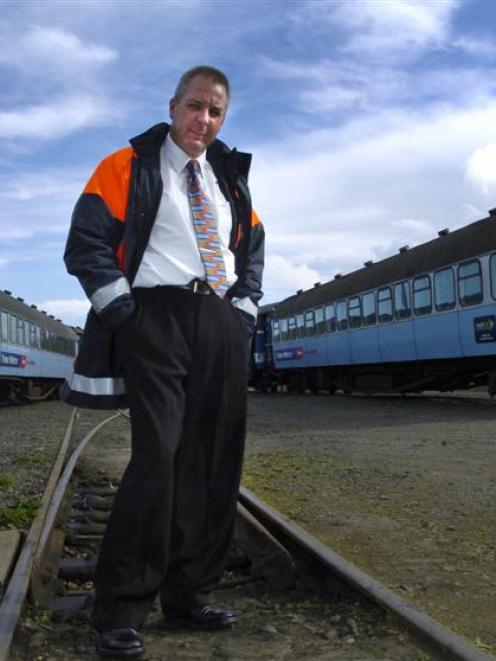 Grant Craig.
Rugby fans could have the option of travelling by train between Dunedin and Christchurch during the Rugby World Cup next year.

Taieri Gorge Ltd operations manager Grant Craig was less enthusiastic about the prospect of moving large numbers of rugby fans to and from games on its trains.

"We've had so many rugby things in past years where they make a mess of the train and they give my staff [problems].

"I'd rather not take them."

Mr Craig made a distinction between "corporate" trips where food was served and behaviour controlled, and "run of the mill" trips where passengers "get boozed up".

"My biggest concern is my staff having to deal with it.

"It's unfair on them if they have to deal with rowdy people."

Mr Craig said Taieri Gorge had a limited number of carriages and if they were damaged during a rugby trip the company lost income while they were out of service being repaired.

He agreed he was "wary" when approached to provide trains for rugby matches and usually insisted on a bond and payment for security guards.

Three World Cup matches are scheduled to be played in Dunedin in September and October next year.

The travelling time by rail between the two cities is believed to be six to seven hours.

Mr Parry said KiwiRail already ran special trains in the South Island, such as those that carried cruise-ship passengers from Lyttelton to Arthurs Pass.

KiwiRail maintained a "charter fleet" of carriages and that would be boosted by 17 when carriages under construction at Hillside Workshops in Dunedin were completed.

Mr Parry said KiwiRail had "no current plans" to reintroduce scheduled passenger services between the two cities but it was a "longer-term possibility".