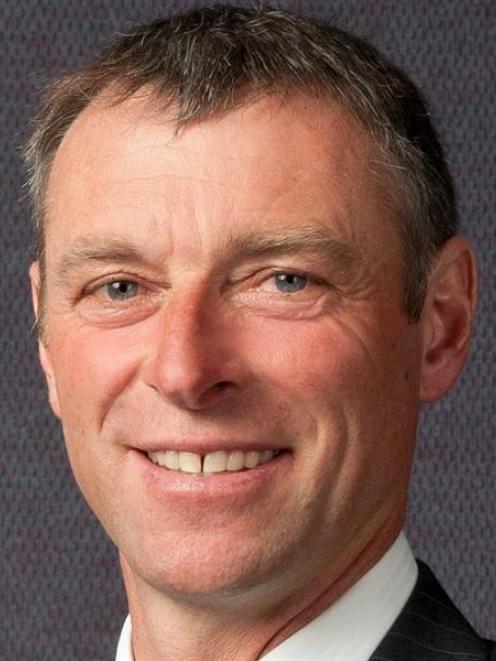 Stephen Woodhead
Otago transport authorities say they were rebuffed when they approached their Southland equivalents about sharing construction costs and potentially hastening the replacement of the Kawarau Falls bridge at Frankton.

Otago Regional Council transport chairman Stephen Woodhead told committee members this week he had an informal discussion with "my Southland equivalent" about the possibility of a funding collaboration between the two regional districts regarding the bridge.

He had raised the possibility of whether a funding pool could be shared to try to advance construction of the bridge, given it would be an important "inter-regional" link.

Asked by Queenstown Lakes Mayor Vanessa van Uden how the approach had been received, Mr Woodhead said his efforts had been "rebuffed".

"Basically, I got my hand smacked before it got anywhere near the kitty." But Southland regional transport committee chairwoman Ali Timms told the Otago Daily Times the matter was still open for discussion.

A construction date for a proposed new two-lane bridge at Kawarau Falls, for State Highway 6 near Frankton, has yet to be confirmed by the New Zealand Transport Agency although the project had been tentatively programmed to begin in 2017-18.

An indicative $17 million project cost would be predominantly subsidised by the NZTA with the remainder paid by a funding pool allocated to the Otago region.

Ms Timms said an unallocated regional fund for Southland transport projects could be assigned to the Kawarau Falls bridge, but it would be in competition with other prioritised projects"In theory, there is an opportunity. The Otago regional transport committee could make a submission to our programme.

There are strong economic links and benefits for Southland on that State Highway 6 route," she said.

Environment Southland transport senior policy analyst Russell Hawkes said the area for transport projects funded by a Southland regional financial pool ended at Kingston. He agreed construction of a new Kawarau Falls bridge would benefit both regions, given it would improve travel times and congestion issues at the existing ageing one-lane crossing.

The Otago regional transport committee has identified two bridge projects from other regions - the proposed new Gates of Haast bridge connecting with Westland, and the Kurow bridges, which connect with the area administered by Environment Canterbury - as being "inter-regionally significant".

Discussions held with Environment Canterbury have highlighted the projects to upgrade the Clydevale bridge and build a new bridge at Beaumont as "inter-regionally significant" given they both provide an important link for heavy vehicles travelling between Canterbury and Southland, a report tabled at the ORC transport committee meeting says.

Major road rerouting back on agenda