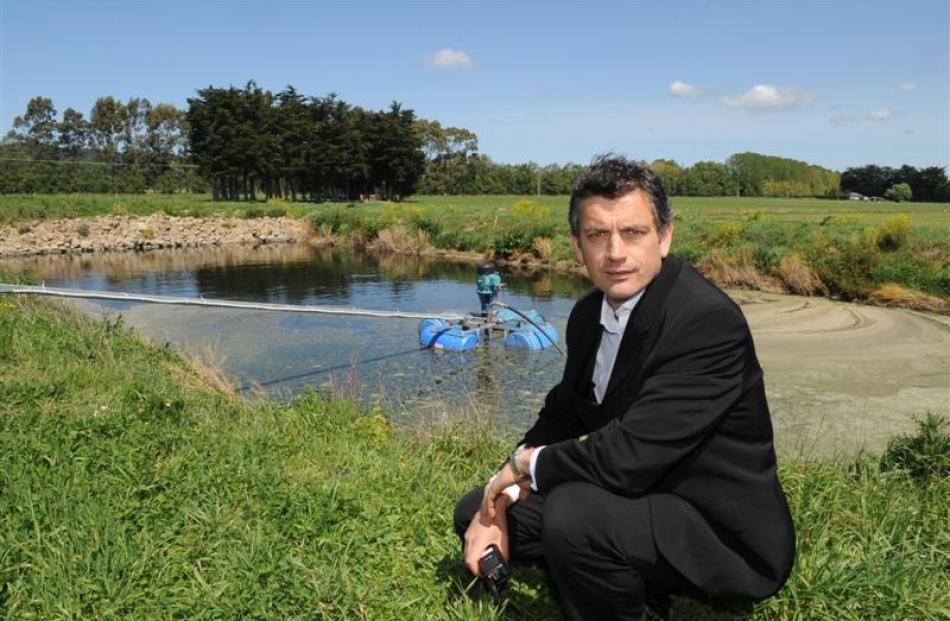 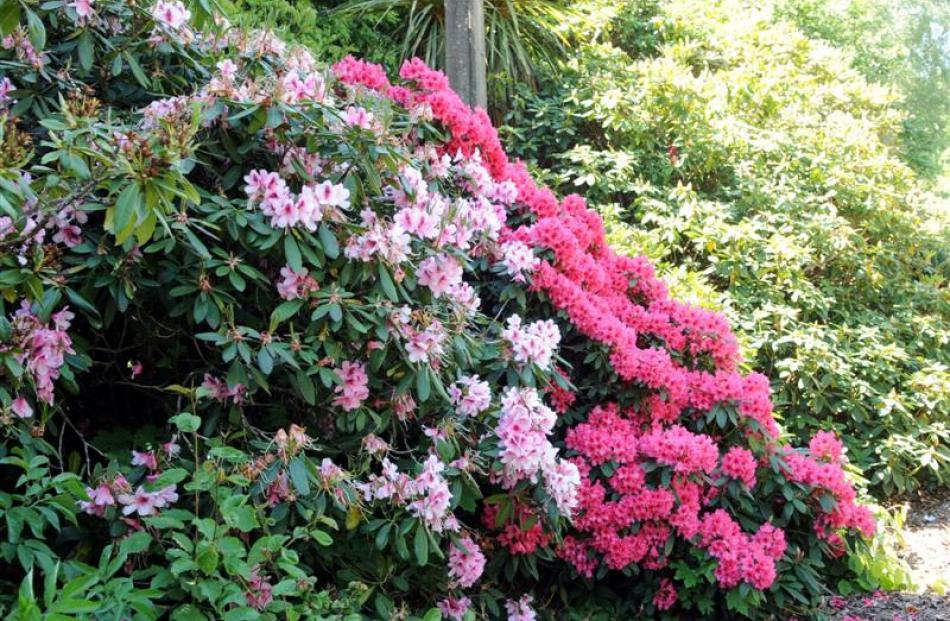 These rhododendrons are fertilised with the worm casts from the airport's effluent system. 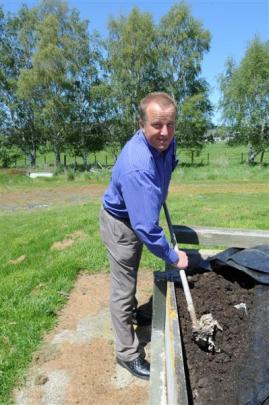 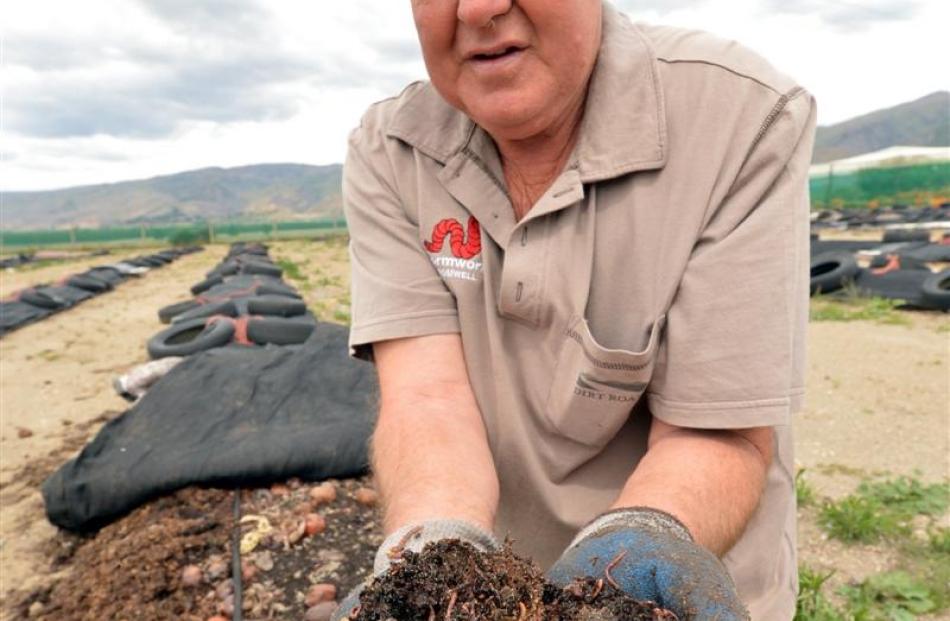 You've remembered to collect your luggage but, Shawn McAvinue reports, it's what you've left behind at Dunedin International Airport that helps the rhododendrons bloom.

At least the landing on your flight into Dunedin airport was smooth.

From your window seat, you can see the cows in the nearby paddocks meander to the milking shed in single file.

It seems nobody is in a rush.

The plane has stopped taxiing but the seatbelt light stays on.

Although the passengers are static in their seats there is movement. The thick coffee served in thin air has created turbulence in your stomach.

As the light remains on, sweat forms on your brow and you wish you'd put your jacket in the overhead locker, or woken the sleeping passenger in the aisle seat and negotiated your way to the compact bathroom.

But finally, a loud ding and the synchronised sliding of seatbelt steel before the hurried rush to reach for hand luggage.

As you stand on the steps outside the plane, a cool breeze hits your brow, the aroma of silage hits your nose and you give the stewardess on the tarmac a half-smile, knowing you'll be all right.

You bypass the baggage carousel and head straight for the bathroom.

After the flush, you locate your luggage, car and some loose change to get beyond the pay booth, blissfully unaware that what you've left at the airport will help the rhododendrons along Airport Drive bloom bright.

But you can't take all the credit.

There are thousands of airport staff who have done most of the hard work, Dunedin International Airport operations manager Richard Roberts says.

''They're incredibly hard workers. And the accountant likes them because they don't have to be paid, either.''

Maybe it is Mr Roberts' thick South Yorkshire accent that makes you imagine a new industrial revolution is under way at the airport.

But unlike the decline of the mining industry in Barnsley, the industry at the airport is booming and every year more workers are twitching for some unpaid work in dark and dirty conditions.

A workforce of tiger worms consumes the 50,000 litres of waste water and human effluent taken daily from the airport terminal, the aircraft, the surrounding industry and the 29 rental properties the airport owns.

Dunedin airport is like an ''island'' so it needs systems to deal with water usage and sewerage, Mr Roberts says.

The plains where the airport is built would be a swamp without the large man-made drain, owned by Otago Regional Council, that runs parallel with Airport Road, he says.

''We're discharging effluent into that drain that's classed recreational quality. If we whacked [the treated liquid effluent] into a big container, the kids can swim in it.''

Recently, a chemical engineer found the water quality of the treated liquid effluent was so good seafood could be safely grown in it, he says.

But don't expect a water theme park, or a mussel farm, to be built at the airport any time soon, because the drain is handling the effluent, he says.

The capacity of the drain was increased after the flooding in the 1980s and coped a couple of years ago when the airport had its second-highest rainfall reading, he says.

With the liquid effluent sorted, the settled solids of the effluent needed to be seen to.

Assistant operations manager Steve Simpson says the the sludge was trucked to the sewage treatment plant in Green Island in Dunedin every couple of months, for five years, which was a costly exercise.

So the airport built beds to dry the foul smelling sludge and bought 10kg of tiger worms from a farmer in Cromwell.

The three beds are filled with the grey, foul-smelling sludge and covered with polythene and carpet to dry the sludge before the worms are put in.

A hands-on approach is the best way to know if the sludge is ready for the worms to eat.

''You squeeze it so it just comes out of your knuckles.''

Worms thrive in warm conditions and if the sludge is about 20degC, they will double in population each month, he says.

In winter, the worms become lethargic and eat more slowly but can survive the cold southern conditions, he says.

The worms eat the effluent solids and produce worm cast, a substance that looks like potting mix.

When the cast is harvested from the top of the beds, the worms dive deep into the grey sludge below, seeking warmth in the raw effluent.

If all the cast is harvested from a bed, they move to the next bed of food.

The cast is rich in nitrogen and conditions the soil where it is spread, such as the rhododendron gardens at the entrance to the airport.

Although effluent was the worms' preferred food, they also ate food scraps, including coffee grounds.

If someone wants to build their own worm farm, they should ditch the instructional books, Mr Simpson says.

''You can get baffled by science.''

All that is needed is insulation for warmth and plenty of food, he says.

Food from around the world is flown in for the worms and the long-term vision is to add bovine effluent to their buffet.

The airport owns two dairy farms nearby, with 250 cows on each. The two effluent ponds near the milking sheds can hold about ten weeks' worth of cow effluent.

Ideally, large worm beds will be built on each farm so the worms can add value to the cows' effluent before it is spread on the paddocks.

But, like an impatient passenger waiting for a seatbelt light to switch off, these things take time.

Rhododendrons for Dunedin Charitable Trust chairman Warwick Grimmer says the trust has planted about 14,000 rhododendrons around Dunedin since establishing 12 years ago, including 400 at the entrance and exit of Dunedin International Airport.

The planting was assisted by the airport authority and the Work and Income-funded Taskforce Green initiative to develop work habits and skills for job seekers.

The planting project at the airport has taken three years and is virtually finished, Mr Grimmer says.

A tiger worm farmer in Cromwell wants his worms eating dairy effluent and turning it into a natural nutrient-rich fertiliser.

Central Wormworx owner Robbie Dick says Dunedin airport bought 10kg of tiger worms from him about five years ago so they could stop trucking out human effluent solids.

Airport staff plan to farm more worms to eat the cow effluent on the dairy farms, he says.

Otago dairy farmers regularly approach him about the tiger worm's ability to eat its own body weight in solid effluent and transform it to a dry, odourless matter with the consistency of sand, he says.

He warns dairy farmers that worm farms are time-consuming and often fail from lack of maintenance, like when worms die when covers have blown off, he says.

He supplied worms to a dairy farmer in Otautau and they ate a ''mountain'' of cow effluent but when the covers blew off the beds, the worms left, looking for food.

''They dispersed out into the paddocks and you'd go out and tip over a cow dung and there would be 20 tiger worms. They are real survivors. They'll go looking for food if their supply runs out.''

A dedicated worm farmer is needed.

''The only way I can see it working is a guy with a passion looking after 10 to 15 dairy farmers and giving the farmers the right to buy back the worm castings and if farmers didn't want them, he would have the right to on-sell the castings.''

There is a market for worm castings because they are up to 20 times more beneficial than compost, he says.

A new vineyard in Central Otago put a cup of worm castings in each hole at planting.

The vines' death rate dropped from 10% to about 2% and grapes were produced six months earlier, he says.

Worms can eat their weight in effluent every 10 days, if given a balanced diet.

''They will tell you over night if what you are feeding them is imbalanced. They either won't eat it, or they'll bugger off and just leave it.''

The worms will eat anything organic and the 20 tonnes of worms on his farm were eating mushroom compost before switching to a 300-tonne serving of damaged cherries, blended with a trailer of Ettrick apples.

After that they'll eat stone fruit, and then back to apples to see them through the winter, he says.