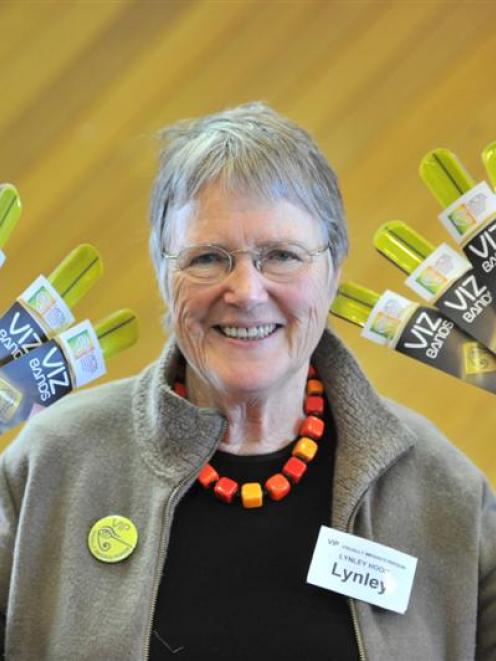 ''There are a lot of active, independent people in our community with failing eyesight,'' Victa trustee Dr Lynley Hood said at the launch in the Dunningham Suite of the Dunedin Public Library.

''Over the past five years, an average of 17, mainly older, pedestrians have been killed or seriously injured on Dunedin roads each year.''

''This sort of intervention is so unusual it will be difficult to prove it works. But it is going to make a huge difference,'' he said.

A group of 30 sight-impaired Dunedin people were given free samples at the launch.

''It's hard for me to see red cars and black cars. Everybody should be driving yellow cars, I think.''