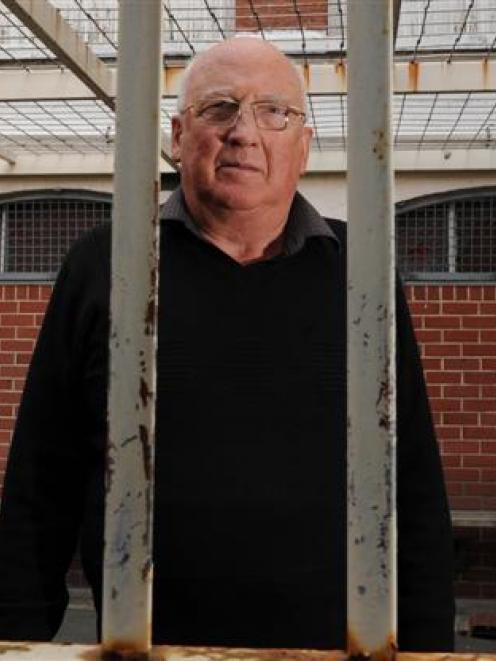 Stewart Harvey looks around the old exercise yard at Dunedin Prison, envisioning his next heritage project. Photo by Craig Baxter.
Years of work by Dunedin man Stewart Harvey helping to restore and protect the city's heritage has been recognised with a national award.

Mr Harvey was recently presented with the New Zealand Historic Places Trust certificate of merit award by trust board member Anna Crighton at a surprise event.

The award recognises outstanding leadership in, and services to, the preservation, restoration and protection of Dunedin's historic places.

"Stewart is one of those self-starters who knows how to link other people into his projects, whether it be for securing funding, or labour or resources," Otago-Southland area manager Owen Graham said.

In 2006, he initiated the first phase of restoring Larnach's tomb in Dunedin's Northern Cemetery, and secured funding of $130,000. The project was completed last year, on time and within budget.

"Stewart's appetite for heritage and passing on knowledge is strong."

He remained committed to preserving Dunedin's past withhis leadership of the Dunedin Prison Charitable Trust.

Mr Harvey said the award was a tribute to the people he worked with.

"I stand on their shoulders, really."