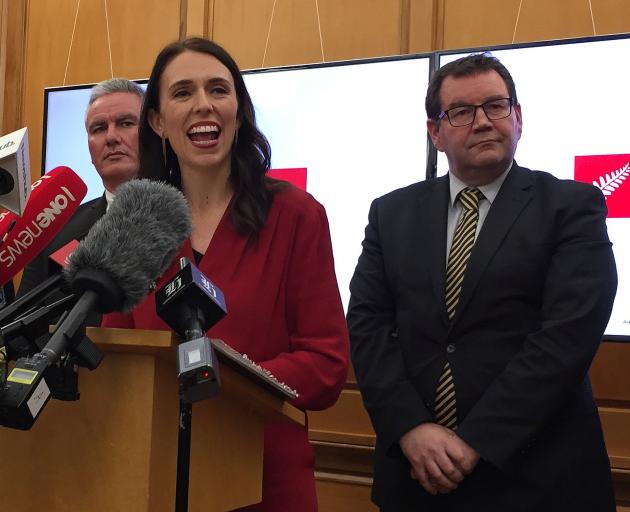 The New Zealand dollar - the world's 11th-most traded currency - was down 1.7%, after its largest one-day fall in more than a year amid jitters around the new government's protectionist agenda.

The country's stock market fell 1.1% when it opened on Friday morning.

Ms Ardern told Radio New Zealand (RNZ) tody on that her party would meet to decide ministerial posts this afternoon, though it had already offered the deputy prime minister role to Mr Peters and was waiting for his decision.

She confirmed that most of the party's flagship policies, including a ban on some foreign ownership of housing, had survived the negotiations with Mr Peters in recent weeks.

"With New Zealand First we've got a few more details to iron out," Ms Ardern said. "Our plan remains, with a few minor changes ... we're finalising in the next 24 hours the detail of both agreements."

The inconclusive election on September 23 had thrust the country into political limbo for almost a month with neither major party winning enough seats to form a majority and giving NZ First the balance of power.

NZ First and Labour also needed support from the progressive Green Party, which said it would strike a "confidence and supply" agreement, meaning it was officially outside government but would hold ministerial posts and vote on key pieces of legislation like the Budget.

On Thursday evening, Labour said it would also stick to its promises to change the central bank's mandate and seek to renegotiate the Trans-Pacific Partnership trade deal.

Ms Ardern said the parties would release their agreements early next week and an announcement on ministerial posts would come later in the week.

While I have lived outside NZ for the last 49 years, and this newspaper is usually too politically correct to print my comments, pray tell me how the Labour Party with 36.9% of the vote, allied with NZ First with 7.2% of the vote and therefore 44.1% total, can possibly form the government when National received 44.4%?

Is this an example of NZ mathematics? Something rotten here! Shame!

I assume that the these "final touches" will include a new mobile phone and Twitter account so that she can stay in touch with the "leader of the free world" and "rocket man".