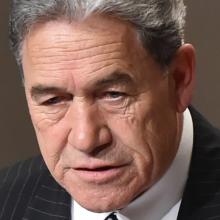 Winston Peters
The senior doctors’ union is urging New Zealand First to make good on a campaign promise and use its leverage to halt National’s plan to privatise the Dunedin Hospital rebuild.

Neither New Zealand First or National would comment this week when contacted.

"We’re not going to engage in any discussion about any possible coalition negotiations in any policy area," a National Party spokesman said. On his last Dunedin visit before the election, New Zealand First leader Winston Peters said no-one should profit from the "pain and agony of illness".

"Our policy is to support the construction of a new hospital in Dunedin, but we don’t want a public private partnership [PPP], which does not work.

"We don’t want it built by private interests so that now someone is exploiting the pain and agony of illness," Mr Peters said in a speech on September 14.

During the campaign, it was revealed National had set aside no money for the new hospital as it plans to use a PPP.  Likely investors included large domestic investors such as the New Zealand Super Fund. Just how the PPP would work is not clear, but it would involve construction and maintenance, rather than clinical services. The hospital is expected to cost up to $1.4 billion.

Association of Salaried Medical Specialists executive director Ian Powell said when contacted PPPs were "privatisation by stealth" and  cost the public more over time. Dropping the PPP should be a condition of any deal New Zealand First struck with National, Mr Powell said.

"Given the high risk that PPPs pose to a public health system, and given that it makes no clinical or financial sense in Dunedin or anywhere else, we would expect that if New Zealand First goes with National ...  dropping its privatisation by stealth through PPPs should be a condition of any agreement."

With 7.5% of the vote, Mr Peters held the balance of power and will strike a deal with either National or Labour. Labour has ruled out a Dunedin Hospital PPP.

I do wonder how much Dr Powell has looked into PPPS as there are many successful examples. The most recurring benefit appears to be the fact builds get done quicker. I would happily have ACC, the NZ retirement fund and the Government as the 3 partners. The investments made by the first 2 have been solid and profits "if any" benefit everyone, not private individuals. If Dunedin truly wants a new hospital then I suggest everyone takes the time to understand all options. Urging Winston to scrap one now may not be prudent.

Better we get an assurance an elected board will return to the Southern DHB so the public have a say. We have a great opportunity here let's do this right.

So because the senior doctors don't like the word 'private' --- except when it refers to their own lucrative private practices --- they're prepared to cut off Dunedin's nose to spite the government's face.

I find the current arrangement fascinating. Go to a GP, get directed towards a specialist, get told there is a year long wait at DPH but can see the same specialist next week in his private clinic. There is no incentive to bring down waiting lists if there is a conflict of interest like that.