$300 to quit smoking while pregnant 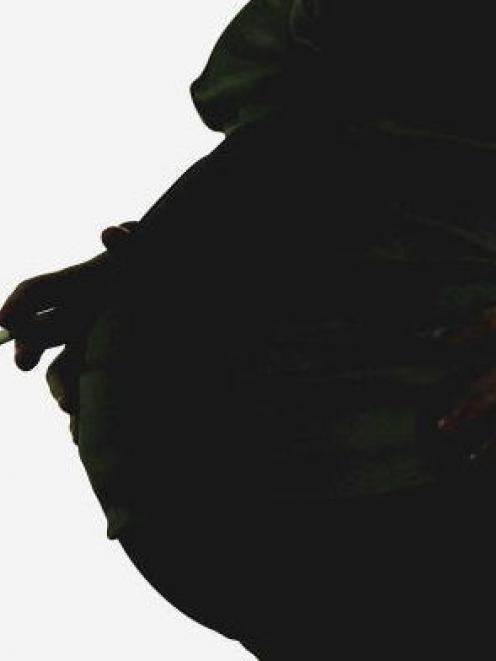 Smoking contributes to higher rates of miscarriage, premature births, difficulties during childbirth and sudden infant death syndrome. Photo / Getty Images
Women smokers are being offered vouchers for up to $300 if they quit while pregnant, because of the damage a mother's tobacco use can do to an unborn baby.

The voucher scheme in South Auckland, for groceries, baby products, phone credit, cinema tickets or petrol, is among the latest additions to the Government's arsenal of quit-smoking schemes in which the main weapon is a four-year programme of annual 10 per cent tobacco tax rises.

The second of those - more than 11 per cent, including an inflation-linked boost - took effect yesterday.

British American Tobacco says the recommended retail price of its Holiday King Size cigarettes is now $18 for a packet of 20, up from $16.20.

Some experts have questioned whether incentives are effective in breaking habits, but the team behind this scheme says overseas trials have shown that incentives can motivate quitting by pregnant women who are finding it hard to stop.

Because of the persistently high rate of smoking among pregnant Maori women, researchers are looking for new ways to help them quit.

Smoking is declining and in the latest national survey last year, 15.5 per cent of adults of all ethnicities smoked daily. For Maori the figure was far higher, at 36 per cent.

Earlier research found that 44 per cent of pregnant Maori women were smoking when they registered with a midwife and that this had dropped to 34 per cent when discharged from the midwife's care. For Pakeha, the rate went from 13 per cent, to 10.

The Counties Manukau District Health Board is giving vouchers at one week, four, eight and 12 weeks after a woman's quit-smoking date if she remains smokefree, verified by tests on a machine that measures carbon monoxide.

The vouchers are offered to Maori and Pacific women up to 28 weeks pregnant who live in Manurewa, where the DHB says there are around 370 "smoke-exposed" births a year.

They cannot be exchanged for cash, alcohol or tobacco.

The DHB says the benefits of preventing smoking-related birth complications far outweigh the maximum voucher cost of $300 cost for each woman. "By comparison, a 24-hour period of care for a premature baby costs up to $3000."

The vouchers are given to the women along with routine care, such as nicotine replacement therapy and face-to-face or phone support.

A review of 19 studies of quit-smoking competitions and rewards, published by the international Cochrane Library in 2011, concluded that "smokers may quit while they take part in a competition or receive rewards for quitting, but generally do no better than unassisted quitters once the rewards stop".

Smoking behaviour expert Professor Janet Hoek, of Otago University, said of the voucher scheme: "Anything is worth trying because we know smoking during pregnancy is harmful to the mother and particularly the unborn child. Good on them for giving this a go."

She said it would be preferable to make the rewards available for as long as possible during pregnancy.

"If you can get women early and keep applying rewards over an extended period you have the best probability of behaviour change."

Theresa Marteau, professor of health psychology at Kings College, London, reviewed research on financial incentives in a study published in the British Medical Journal in 2009. "The theory is that much of our behaviour - 45 per cent - is habitual," she said.

"The idea of incentives is to help break bad habits and, once the new habit is established, the incentive can be removed. But unless you change the environment, the chances of success are reduced."

Dr Glover's group is trialling another approach called "the Aunties": Maori women find pregnant women through their community networks and urge and support them to quit smoking - and to register with a midwife.

Baby 'enough of a reward'

Jocelyn Hira quit smoking during pregnancy for the sake of her baby Lincoln's health and she doesn't think the incentive of $300 worth of vouchers should be necessary.

She says carrying a baby should be incentive enough for pregnant women to stop smoking.

She was 18 weeks pregnant with Lincoln when she learned she was carrying a baby.

"I knew I needed to give up, especially while I was pregnant. Within the first two weeks of finding out I was pregnant I knocked it on the head."

She shunned nicotine replacement therapy or other aids, relying only on food, especially sweets, as a "replacement".

Since Lincoln's birth, Mrs Hira has resumed smoking - up to two cigarettes a day - but she regrets this and "fights the urge".