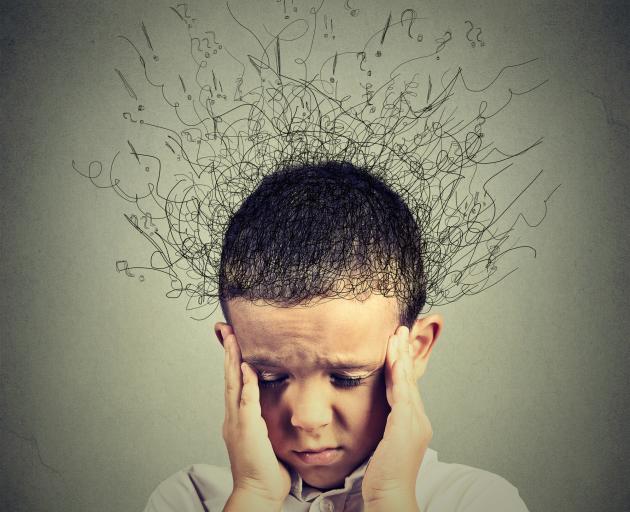 Photo: Getty Images
About 8% of New Zealand children have social, emotional and/or behavioural problems, and another 7% are on the borderline of having issues, Ministry of Health statistics say.

The numbers have major implications for health and disability services as they could indicate future mental health issues - the largest contributor to disability statistics for 15- to 24-year-olds and about 35% of all health issues for people of that age.

That 8% figure represents about 57,000 people and suggested better screening of children for mental health issues was needed to ensure no-one missed out on treatment.

"It is possible to detect social, emotional and behavioural difficulties at an early age, which may be indicative of an underlying mental health problem," a new ministry report said.

"Being able to do so is important as it provides opportunities for intervention.

"Early intervention in response to difficulties can reduce the risk or severity of certain types of mental disorders later in childhood, adolescence or adulthood."

A government-ordered inquiry into mental health and addiction services is now holding public meetings around New Zealand gathering information for a report due on October 31.

Its terms of reference highlight youth as a key group for consideration.

The ministry report was based on information collected through the New Zealand Health Survey over a three-year period, using a sample of 10,457 children.

Children were assessed through a "strengths and difficulties questionnaire", an internationally used tool to chart children's development.

While the majority of children were growing up without any problems, the survey showed some youngsters could benefit from help, the report said.

"For the SDQ to contribute to better outcomes in mental health and wellbeing, it is essential that adequate referral processes for further assessment are in place, as well as effective, culturally appropriate interventions."