The Roman Catholic Bishop of Dunedin says an expanded royal commission into the abuse of children may not go far enough. 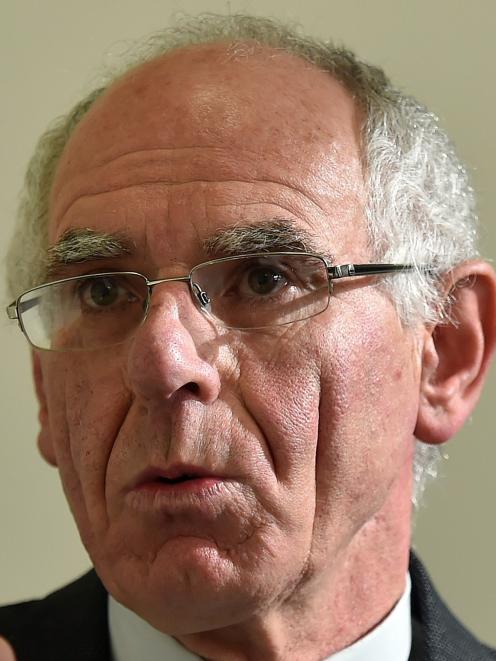 Bishop Michael Dooley said yesterday he was "relieved'' to hear children abused while in the care of faith-based institutions would now be included.

But the terms of reference specifically excluded private settings for abuse involving faith-based institutions, and it remained unclear whether others - like a church presbytery or a priest's car - were included.

That meant the victims of a paedophile priest like Fr Magnus Murray, convicted of abusing four Dunedin boys in family homes, the presbytery and on trips, could yet miss out. Bishop Dooley said if that was so, the inquiry needed to go further.

All parishioners were in the pastoral care of their priest, so any abused by clergy needed to be heard, he believed.

"I think it should be anyone under the pastoral care of the church.''

The commission had received more than 400 submissions, many arguing strongly for an expanded inquiry that included churches, after the inquiry's draft terms of reference excluded them.

Yesterday's announcement also followed a months-long investigation by ODT Insight, which has been exposing the extent of historic abuse within the Dunedin diocese.

Bishop Dooley said the expanded inquiry would be good for survivors and the Catholic Church, which was "under suspicion in all sorts of ways''.

"The best way to investigate that is through an independent authority. So in that regard, I'm relieved.''

One Dunedin survivor, Darryl Smith, also had a swift response to the decision: "About time.''

Mr Smith was abused by two members of the Brothers Hospitallers of St John of God, during more than a decade in state care in New Zealand and Australia, from the late 1970s.

He was happy his story would now be heard, but said the victims of men like Fr Murray also needed the chance to speak.

The inquiry would now be known as the Royal Commission into Historical Abuse in State Care and in the Care of Faith-Based Institutions.

The commission had extra discretion to consider abuse occurring before 1950 and after 1999, and the inquiry has been extended to four years and given a budget boost to $78.85million.

Neither Ms Ardern nor Ms Martin would answer ODT Insight questions yesterday, referring them to the commission. A commission spokeswoman could not answer questions about the scope, except to say the new terms of reference would be reviewed by it and its lawyers.

At yesterday's post-Cabinet press conference, Ms Ardern said the announcement "paves the way for us to confront a dark chapter of our national history''.

The inquiry would begin hearing evidence in January 2019 and would have the power to compel testimony if needed.

The first interim report - expected in 2020 - would focus on abuse in state care, followed by a separate report on abuse in faith-based institutions and a final report, with recommendations, in January 2023.

Both the Catholic and Anglican churches welcomed yesterday's announcement.

So, too, did the Network of Survivors of Abuse in Faith Based Institutions and Their Supporters, although it remained concerned the majority of victims of abuse in faith-based settings could be excluded.

"We have had many calls from victim survivors who believe they are now included in the royal commission and we trust that none of them will have their hopes dashed yet again,'' spokesman Dr Murray Heasley said.

Schools run by communities such as Gloriavale on the West Coast will be included.

its great what money can do and who it gets talking /