Abusers refusing to stay away

More than 12,000 New Zealanders have repeatedly breached court orders to stay away from their victims, and one person has been convicted for doing so 14 times. 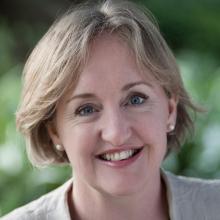 Ministry of Justice figures released to the New Zealand Herald paint a disturbing picture of family violence in New Zealand, showing 12,157 people have been convicted for 20,864 protection order breaches in the 11 years to December 31, 2015.

A protection order is a court-imposed sanction to keep an offender away from their victims, and those at the front line believe the data is the tip of the iceberg as victims are too scared to report the crimes.

Released to the Herald under the Official Information Act, the data shows some offenders repeatedly flouting the orders.

One person in the Manawatu/Wairarapa area was convicted 14 times for breaching an order, and another in the Bay of Plenty/Coromandel area has been convicted for 13 breaches.

Males committed 97% of the breaches and offenders aged in their 30s committed about a third. The breaches were not declining over time: 2241 offenders were convicted last year - a rate higher than any other year in the period.

"It is very much the tip of the iceberg. Quite often people who have a protection order will not bother to report what might be considered a low-level breach because they are not responded to seriously enough.

"We have experience with a lot of women who report breaches and find that the response to that from the police or from courts puts them at further risk.

"There seems to be a view among police and judiciary that a breach of a protection order has degrees of seriousness and I think that completely goes against the intent of the original legislation."

Ms Proudfoot said every breach should result in an arrest and an offender being taken into custody.

"There is always the risk of retaliation, but if you report something and it doesn't result in the person being kept away from you how can you guarantee your, or your family's, safety?"

Ministry of Justice general manager of district courts, Heather Baggott, said: "Breaches are taken seriously by police and the courts and the number of convictions reflects this.

"Rates of conviction show people are being prosecuted more often by police as well as greater reporting, both of which are good. It's good to see discharge without conviction is now almost never given."

If you're in danger NOW:

• Run outside and head for where there are other people

• Scream for help so your neighbours can hear you

• Take the children with you

• Don't stop to get anything else

•  If you are being abused, remember it's not your fault. Violence is never okay

You can raise the maximums all you like but it makes very little difference as few people for any crime receive the maximum. Governments like maximums as it makes them look good while actually doing nothing meaningful and not affecting budgets for the justice sector. A more meaningful approach would be to raise the minimum and lower the threshold at which it is applied.