Water is the lifeblood of farming and contrary to some opinion, farmers strive to maintain its pristine quality on their properties for optimum results, a hearing in Balclutha was told yesterday.

Mr Harrington, a retired farming consultant and rural valuer from Christchurch, said Hopefield Investments took pride in the quality of its breeding stock, which in part resulted from quality water.

"I believe it has a lot to do with the pristine water that's available on Rocklands Station. It's vital that we do everything we can to protect the water quality," he said.

Mr Harrington raised concern about third party recreational land users damaging farms. He showed panelists images of dirt-bike damage to land around Stony Creek and asked for heavy penalties to be imposed on those who churned up land on motorbikes and by other means.

"That sort of damage to the soil is going to finish up in the creek. It's our wish that due notice is also taken of those third parties doing damage to the land," he said.

Mr Harrington said if alternative stock water supplies had to be found, community assistance should be made available due to the "crippling costs", which included consents.

He also advocated prompt and direct contact between land owners and regulators in the case of complaints.

Mr Harrington and other submitters were wary of legislation, given the risk for it to be tweaked to suit regulators in the future.

Catlins farmers Peter and Graham Deans were worried about potential orders for waterways to be fenced, particularly as it would impact on the ability of stock to access vital water supplies.

But panelist Clive Geddes said the fencing of waterways was only one option which could be considered by farmers in the instance discharge from properties did not meet standards.

"You are entitled to go about your farming practices as you see fit, providing the activity does not stuff up other people's amenity, which in this case is water. The only time that remedies would come about is if discharge coming from your land exceeds standards, and what's available to you is a whole range of management options which may include fencing of waterways," he said. 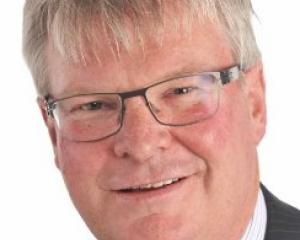