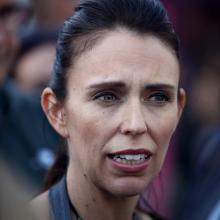 The Catholic and Anglican Churches have both written to Prime Minister Jacinda Ardern asking for religious institutions to be included in the Royal Commission into abuse in state care.

The Prime Minister says the terms of reference for the inquiry are still being consulted on and while what churches have to say could feed into the inquiry, she stood by her belief that the inquiry should look primarily into what happened to children while in the care of the state.

"I understand that churches have taken a position and certainly it is important that feeds into the discussion we're having on the terms of reference as well,'' she said yesterday.

"I still absolutely think the primary reason that this was instigated by a large group of people was for us to take responsibility for the role of the state by inquiring into ourselves,'' Ms Ardern said.

"I've always had concerns around the impact of broadening the inquiry and diluting the responsibility that we need to take for those who were harmed in state care.''

The New Zealand Catholic Bishops and representatives from Catholic religious orders have written to Ms Ardern, Minister for Children Tracey Martin and Sir Anand Satyanand, chairman of the Royal Commission into Abuse in State Care.

The letter, signed by Bishop Patrick Dunn, the president of the New Zealand Catholic Bishops Conference and Sister Katrina Fabish RSM, congregational leader of the Sisters of Mercy, said they supported the work of the Royal Commission of Inquiry into Historical Abuse in State Care but wanted the inquiry's terms of reference broadened to include a range of church institutions.

"We are of the firm view that no individual should be denied the possibility of making a submission to this government inquiry. It would be wrong if some individuals felt excluded from this process simply because their path of referral to an institution was different from someone else's,'' the letter said.

The Anglican Church's top general synod committee today also sent a formal letter to Ms Ardern and Ms Martin, urging the Government to broaden the terms of reference into historical abuse in state institutions to include church-related bodies.

The letter is signed by Archbishops Philip Richardson and Winston Halapua, on behalf of the General Synod Standing Committee (GSSC), which met earlier this month.

The draft terms of the upcoming Royal Commission excludes institutions such as churches unless children were sent to them by the state.