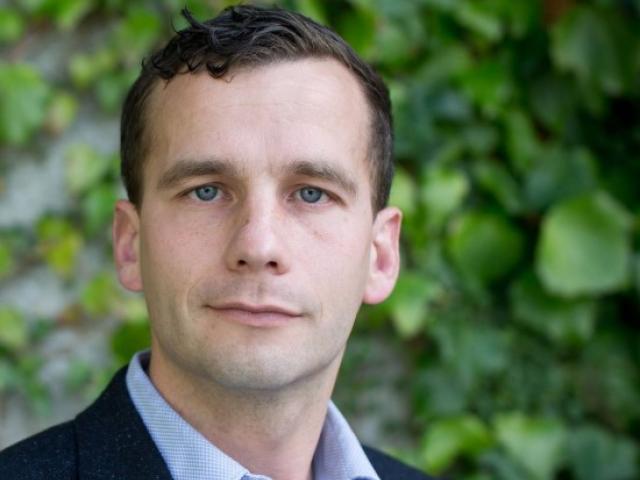 The app - dubbed ëlarm - has been created in New Zealand and Act leader David Seymour plans to push for Government support in Parliament next week.

"It's an absolute game-changer and totally unexpected. This is something the Government should have been supporting since day one."

Paul O'Connor, founding director of Datamine, the company that created the app, said the aim of the app is to overcome one of the greatest obstacles to protecting our communities from the virus – that it's spread by people who don't know they're infected.

"Covid-19 puts a viral load on the body three or four days before any external symptoms kick in, which means the body is in distress before you know it.

"Unknowingly a person could be infecting their vulnerable loved ones, and many others they come into contact with."

How does the app work?

The app only works with a wearable device such as a Fitbit, an Apple watch or similar.

From each individual device, the data flows to ëlarm's clinically developed models to identify the likely early stages of a Covid-19 infection, which could be days before the person knows they are sick.

If symptoms match the early stages of a Covid 19 infection, the user is alerted and further health checks are recommended, in line with World Health Organisation guidelines. The app does not provide treatment suggestions.

"Our research shows that wearables are able to predict Covid-19 up to three days before a person develops noticeable symptoms such as fever, fatigue and breathing difficulties – with over 90% accuracy," O'Connor said.

But does it have medical backing?

O'Connor told the New Zealand Herald his team had been working with dozens of clinicians from Australia, the United States, the United Kingdom, Canada and New Zealand to build models that analyse a person's health data to detect hidden symptoms of the virus.

Though, he said it was still early days.

"Conceptionally the app has a role, it just hasn't had the field testing yet to see how it works in practice."

At this stage, Baker said the benefits would likely have more impact overseas where Covid-19 was still spreading rapidly.

"With Covid in New Zealand in the future one of the areas which is going to become increasingly important is monitoring the people in quarantine and people crossing the borders.

"This is where this technology might be useful and might issue people with devices if they don't already have them, that can allow this app to monitor their physiological functions for a period."

He also said the other more complex challenge would be finding the niche within the system for managing Covid-19 and other threats, and at that point Government involvement is needed.

At the moment, if the app did tell someone they could likely be infected with the virus but weren't showing any symptoms, then it's unlikely they would warrant a test.

Ashley Bloomfield, director-general of health, said he wasn't aware of the app nor has the ministry been approached about it, however, as with other new tech solutions, they'd been engaging with companies creating solutions for Covid-19 and would continue to do this.

"We have confidence in the NZ Covid Tracer app to help us in the fight against Covid-19."