Determined to clean up sector 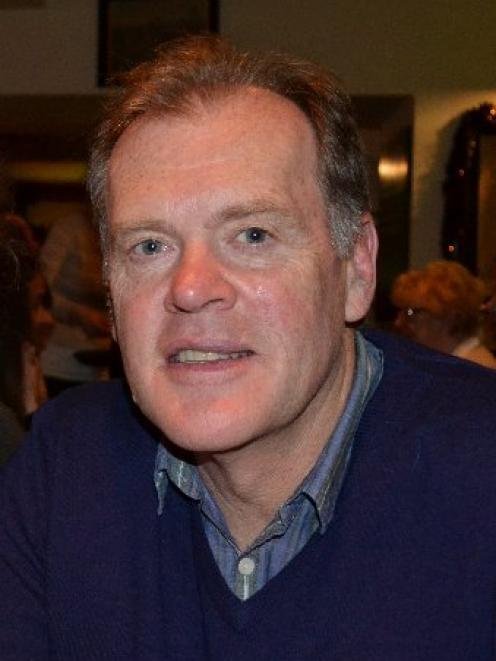 Martin Legge
Martin Legge tried to clean up the gambling industry from the inside .But now outside the industry and offside with it too, the Levin-based man's determination to clean-up the poker machine sector remains the same.

Earlier this year he came out as the whistleblower against The Trusts Charitable Foundation (TTCF), which had earlier led to an investigation of the pokies trust by the Department of Internal Affairs (DIA).

The former police detective worked in Wellington, Porirua and Levin for two decades, including roles as police prosecutor, and as the officer in charge of the Horowhenua CIB.

The 53-year-old, who has received letters from lawyers telling him he will never work in the industry again, said he does not regret his action against TTCF, which used to contract his company for compliance and regulatory work.

"I would encourage more people to come out because only then will we see some changes, and the DIA stop issuing rhetoric and their senior management put under pressure from the public to actually do their job."

A nine-month stint at Internal Affairs resulted in a contracting job being offered by TTCF, which had failed an audit and was facing the loss of its gambling licence, so he set up Modus Group with a partner.

"Our aim was trying to clean it up from the inside, I guess. I found [the work] an eye-opener.

"Working with trusts you end up butting heads with the trustees and the senior management and venue operators because they want you to do things that are really not lawful.

"From my experience working across the sector . . . it is rife."

Candid about losing a contract with TTCF in 2010, Mr Legge said he was not motivated by any sour grapes at the trust, but a desire for the truth to come out.

Asked to become a whistleblower by the DIA, he and his wife, Liz, supplied documents to the department, which included emails and a 9000-word statement.

"It all went silent last year, and they said: 'We have found a number of things wrong but we are not taking any action', nothing has changed . . . I just find that incredible . . . unbelievable."

Some of those incriminating documents have been the basis for stories in the Otago Daily Times, but despite the public backlash over perceived rorts nothing has changed, he said.

"They have paid lipservice to it."

Mr Legge said in many of these investigations, staff were never contacted by the DIA and if something happened in the New Zealand Police - "there would be a huge outcry".

He hoped an independent investigation would highlight the gulf between the audit findings, and what was being addressed by senior management.

During his short stint at Internal Affairs he found the department was bureaucratic, and lacked expertise in investigations at senior management level.

"They have simply been allowed to get away with just issuing rhetoric about what they have been achieving."

Information released to the ODT reveals the DIA has 20 active investigations, with 14 of those relating to sport.

"White collar crime is definitely treated differently in New Zealand, and we saw that when the finance sector imploded, and only after the event do we see any of the regulators come out of the woodwork and hold people to account.

"Government regulators just don't have the will or the skill to go against corporates and corporate lawyers.

As a result, Internal Affairs ended up targeting the "little guy", he said.

Mr Legge said he believed the system needed a wholesale change, and he supported a community type distribution system - similar to the current Lotteries model.

"I think the community is starting to wake up, and they don't like it."