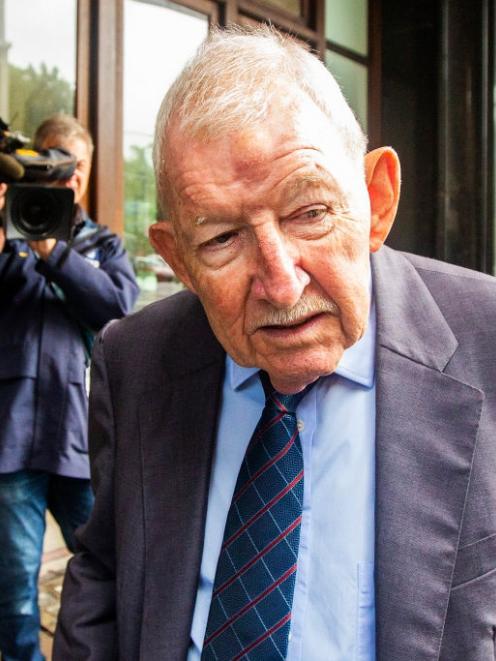 Ron Brierley has admitted possessing child sexual abuse material and faces 10 years in jail. Photo: Getty Images
Ardern told reporters that if Brierley had not relinquished his honour, she would have stripped him of it.

She said officials had begun this process, but after he was notified it was under way he decided to surrender the title.

"But I'm very clear, had he had not done so it would have been removed," Ardern said.

"I think it's a sad day for the children of New Zealand and, indeed, the world, when someone is found guilty of possessing such horrendous images."

It was only right that there were "significant consequences" for that, she said.

As a country, she said, New Zealand has to reject anyone who thought that this was okay.

She said no matter someone's history, if they possessed images which portrayed children being abused "that undoubtedly completely rewrites your history. Undoubtedly."

Brierley pleaded guilty to three charges of possessing child sexual abuse material when he appeared in a court in Australia last month. He faces 10 years in jail.

Ardern said earlier in a statement: "Ron Brierley has written to the Clerk of the Executive Council to tender his resignation as a Knight Bachelor. The Queen has been informed."

The forfeiture follows the Prime Minister initiating the process to remove his knighthood.

The Clerk of the Executive Council wrote to Brierley on April 6 this year on behalf of the Prime Minister, giving him 30 days in which to provide any information that he considered relevant before the Prime Minister made her decision.

"Ron Brierley may no longer use the title "Sir", and he has been asked to return his insignia."

Brierley's net worth, according to the 2018 Rich List, is estimated to be $220 million.

He started Brierley Investments in 1961 and was knighted in 1988 for his services to business.