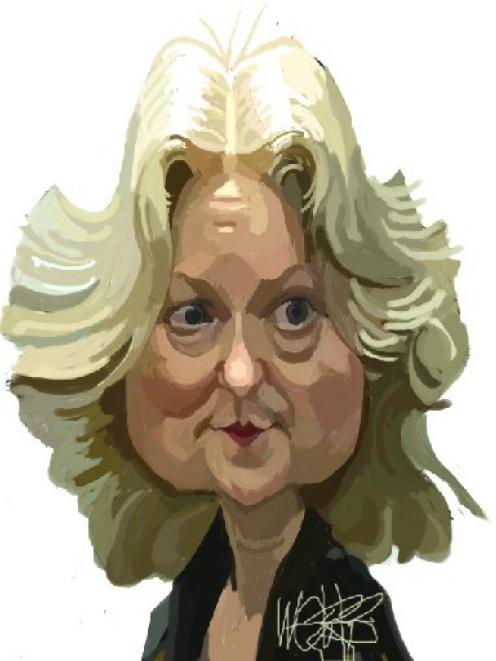 The notes were used by her counsel, former Act MP Stephen Franks, to argue unsuccessfully she should remain deputy leader.

The caucus ousted her on a 3-2 vote and replaced her with John Boscawen, though no reason for the move was given publicly.

Mrs Roy said last night: "I do not condone the leaking of documents in any circumstances and was extremely disappointed and angry when I discovered last Friday that Simon Ewing-Jarvie had leaked my notes for last Tuesday's meeting.

"I never intended it to go outside of caucus or the Act board."

She said she had decided not to distribute it to the caucus or board "to reduce the risk of misuse".

Whaleoil blogger Cameron Slater on Friday posted what he said was evidence linking another anonymous email address to a company of Dr Ewing-Jarvie's.

Mrs Roy said the behaviour was out of character.

"In my experience he has always been conscious of security requirements. He has apologised for this."

Dr Ewing-Jarvie was the subject this month of a note from Ministerial Services' security to Wayne Eagleson, the chief of staff of Prime Minister John Key, to say the SIS had been unable to complete Dr Ewing-Jarvie's security vetting and that he should not be given access to classified documents.

Act leader Rodney Hide said last night he was aware Dr Ewing- Jarvie had not received a clearance, but "I left that to be handled by ministerial security, who did it by the book.

Asked about Dr Ewing-Jarvie being the source of the leak, he said: "I never doubted it."

Dr Ewing-Jarvie admitted in the Sunday Star-Times he was the source and said Mrs Roy had nothing to do with it.

He said he leaked the notes because he had been "gutted" Mr Hide refused to say anything about why Mrs Roy had lost her positions.

Mr Hide said: "I think that Heather relied heavily on advice and I think that she was poorly advised. That was my concern."

Commenting on innuendo about her friendship with Dr Ewing-Jarvie, Mrs Roy said: "I am not and never have had an inappropriate relationship [affair] with Simon Ewing-Jarvie."