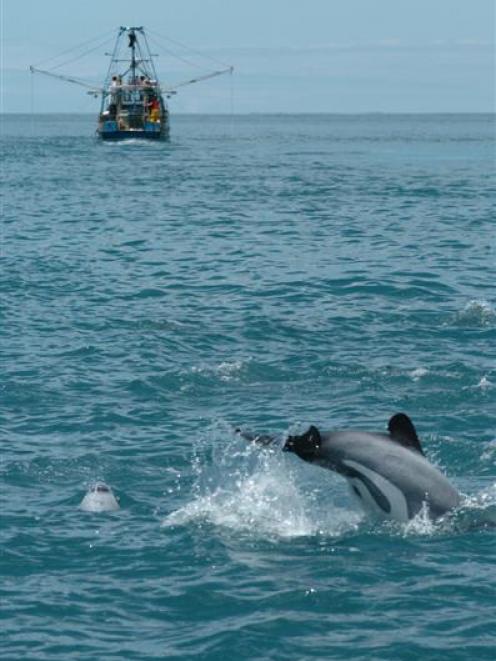 The Department of Conservation this week released details on 10 Hector's and Maui deaths in the past six months including two confirmed in commercial fishing nets and one found on a beach with net marks.

Six of the 10 deaths occurred along the east coast of the South Island (including one which was found at Purakaunui Inlet), three on the West Coast and one on the south coast.

It was "disturbing" quite a few dolphins were still being caught in nets, given increased protection measures had been put in place two years ago banning set nets within four nautical miles off the east coast of the South Island, except along the Kaikoura coast.

"It's not at all encouraging. We hoped the new protection measures would reduce the numbers of dolphins caught by quite a lot. So far there is no evidence of that."

In the Kaikoura cases, it was believed both dolphins were killed in an area excluded from the set net regulations, Prof Slooten said.

"If you look at the boundary it is very predictable that dolphins would be caught there. The exemption area is shallow well within Hector's dolphins' range."

It was concerning Doc had not made the second Kaikoura dolphin death public until yesterday, she said. She hoped Doc would continually update its new incident database so it would be open and transparent.

Both the Kaikoura and Timaru set net dolphin deaths had been reported by observers on fishing boats while another was found on the beach at Greymouth with injuries consistent with a gill net, she said.

"We don't know if it was a commercial or recreational net."

The deaths were only those reported, so were only the "tip of the iceberg" and there were possibly many more dolphins killed, she said.

Minister of Fisheries, Phil Heatley, was reconsidering some protection measures so she hoped this data would encourage him to strengthen the measures.

Forest and Bird yesterday also called for increased protection of the dolphins, particularly off Kaikoura, Timaru and Taranaki, where they were still being caught in fishing nets or were unprotected, marine conservation advocate Kirstie Knowles said.

The second Kaikoura death clearly showed the dolphins were found in areas where we did not previously know they were found, and that the "set-net ban boundaries should be immediately revised", she said.

Forest and Bird is disappointed the information on the second Kaikoura death had not been released by Doc earlier.