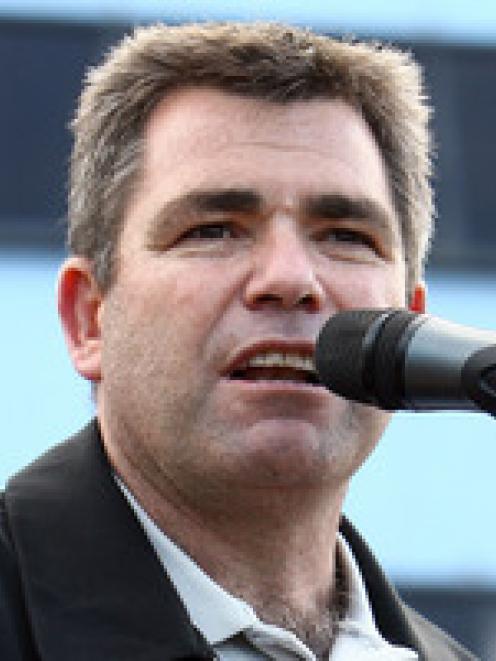 Bob McCoskrie. Photo by APN
Bob McCoskrie has resigned as a marriage celebrant because he rejects the state definition of marriage, and says others have done the same.

Referring to the Marriage Amendment Bill which legalised gay marriage, the post said the "act of cultural vandalism" rammed through by politicians had prompted him to resign as a state-sanctioned marriage celebrant.

He would still perform marriage ceremonies for couples, but they would have to go to a local registry office to make the union legal.

"But it would be wrong of me - and perhaps even hypocritical of me - to allow myself to be appointed by the state to carry out that duty while rejecting the distorted definition that the state has adopted," he said.

"In my view, marriage will always maintain its cultural, natural and historical definition of the lifetime commitment of one man one woman. The real meaning will never change."

"I'm not against anybody. I'm simply FOR the institution of marriage which has stood the test of time - and which we 'play with' at our peril."

Mr McCoskrie said he had been "overwhelmed with support" since announcing his decision, which was posted on his blog on January 28, and included in a newsletter released today.

He had received only one negative response out of "lots and lots of emails", and other celebrants had told him they had made the same decision, he said.

He said some feared they would be breaking the law by refusing to marry same-sex couples.

Mr McCoskrie said he had been a celebrant for two years, and chose not to renew his registration at the end of last year.

"It's a personal decision and I'm not telling other marriage celebrants what to do, others will have taken different actions. That's for them and their conscience," he said.

Lobby group Family First opposed the Marriage Amendment Bill and collected thousands of signatures on a petition supporting the definition of marriage as between one man and one woman.

- By Heather McCracken of APNZ