Fatal explosion: 'When I turned around the shed was flat' 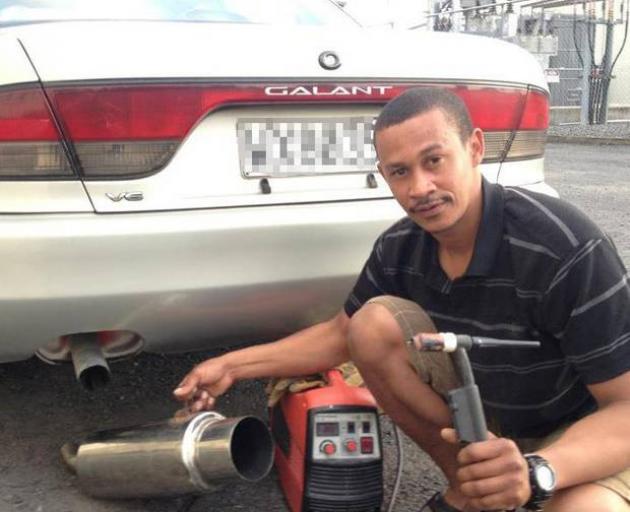 Warning: This article contains graphic information that some people may find upsetting.

Howard Miller was killed in a welding explosion after mixing two compounds and inadvertently creating a bomb that shook West Auckland.

On Monday evening the huge blast rattled the suburb of Henderson, shattering the windows of neighbouring properties on Universal Dr and Don Buck Rd.

Josh O'Neill has spoken to the Herald exclusively about the moment his friend died. He wants to quash rumours the explosion had been caused by a clandestine P-lab.

Miller had come to O'Neill's house on Universal Drive to weld a new exhaust manifold onto O'Neill's Holden WB Kingswood car at about 4.30pm on Monday.

When Miller arrived he was excited to tell O'Neill he'd managed to store two components of oxy-fuel, oxygen and acetylene, into one LPG bottle.

"He came down the drive and was saying he had this awesome new thing which he had managed to make work which was oxy-acetylene in a LPG bottle.

"We were going to use it to bend the manifold. But you can't mix the two at all."

The two are normally kept in two bottles, each of which has a regulator, the two components meet at the welding torch causing the chemical reaction used to cut or weld.

"He didn't realise he had made a bomb," O'Neill said.

Miller had taken the regulator off the bottle which prevents oxygen or other chemicals coming back into the bottle.

"I knew not to mess with it, he tried to get me to stay, he asked me three times."

Miller then tried unbolting the regulator on the tank and tried to attach the gas torch head straight onto the bottle.

"To make it fit without the hoses, he had adapted the bottle."

Miller grabbed some pliers off the shelf, then O'Neill started to feel wary and said he was going to step aside.

O'Neill said he walked out next to his car and heard a small bang.

"I looked up and I saw bits of shrapnel above me, bits of steel and iron and wood.

It was then that O'Neill realised something had gone horribly wrong. He walked over to the remains of the shed to look for Miller.

"He started calling out 'Josh, Josh'.

"He said, 'Can you help me man' and his face looked completely normal. Not panicked or anything."

O'Neill's initial reaction was that Miller may not have been badly injured because he was able to speak.

But it wasn't until O'Neill went to grab him by the arm that he realised the extent of Miller's injuries.

"I reached down for his arm. I looked down and there was no arm there...

"I thought, 'I can't grab that because it was all shredded up'. Then I went to grab his legs and there were no legs there."

"I ran to get help then I turned straight back because I couldn't just leave him there."

Miller's head then slumped backwards. He died in front of O'Neill's eyes.

"He must have just been in shock."

The whole time there had been a small blaze at the back of the shed, which had been growing in those long few minutes, O'Neill said.

"I had 20 litres of thinners, petrol cans, all sorts. It all went up.

"There were big steel tool boxes there that were cut. The shrapnel cut straight through the drawers."

Before the incident, Miller had been showing O'Neill's girlfriend videos of Miller's 15-year-old daughter learning to drive.

O'Neill himself felt lucky. If he had been a few steps closer he might have been killed too.

Miller's van was still sitting out front of the house today, haunting him, O'Neill said.

Lower Don Buck Rd superette co-owner Kanchun Chauhan said earlier this week she had been working at the shop when she heard a massive thud and the entire building was shaken.

There was not any damage to her property.

She said after the explosion police cars had cordoned off Don Buck Rd and Universal Dr.

"I've never seen so many people. What we saw was the back end, we saw the back of their backyard which connects to another house."

It was a shed that had exploded, she said.

"A lot of the locals think it is a P lab, but we found out it was a shed that a guy was welding in.

"The sparks must have exploded, there were paints and solvents as well.

"The impact was pretty immense, it was a massive thud. The smoke that billowed up was pretty big."

A woman living next-door at number 2 Don Buck Rd told the Herald she had been watching television with her four young children when the explosion happened. The force of the "frightening" blast smashed part of her back door window.

She immediately ran out of the house to see what was going on, finding the older woman, who lives at number 4, standing by the letterbox.