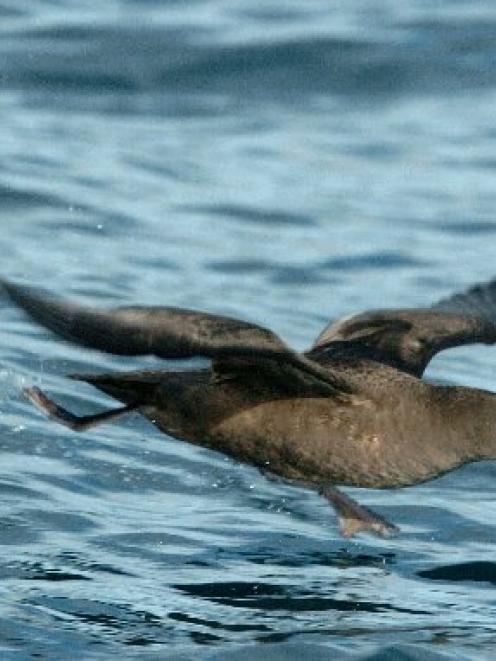 There are fears radioactive muttonbirds could be on their way to New Zealand after the migrating birds were found to have been feeding close to Japan's ruptured Fukushima nuclear plant.

Niwa scientists, who in 2005 attached tracking devices to 19 muttonbirds, also known as sooty shearwaters, found nearly half of them were spending months at a time feeding off the coast of Japan.

US researchers have requested samples of dead muttonbirds so they can be analysed, with the expectation that some of them will have absorbed the radioactive isotope Caesium-137, an element that strongly increases the chances of getting cancer.

Te Papa's curator of terrestrial vertebrates Colin Miskelly said it was unclear what effect this would have on the birds.

"When they're in the North Pacific the main thing they're doing metabolically is replacing all their feathers because birds' feathers wear out.

"As their feathers grow they will be incorporating the chemicals of the environment where they're feeding and so it's expected that in this case Caesium-137 will be present, but whether that translates to anything that would be passed on to their eggs or their chicks is another question.''

Dr Miskelly said muttonbirders had been concerned ever since the Fukushima plant started leaking radiation after Japan's magnitude 9 earthquake in March.

"I happened to have spent some time on two muttonbird islands within a few weeks of the disaster and the muttonbirders even then were discussing what this would mean for their Titi (muttonbirds). I'm sure that it's a frequent topic of conversation for them now.''

The Ministry of Agriculture and Forestry (MAF), which is charged with leading New Zealand's biosecurity system, said it took the potential for contamination of foods with radioactive material very seriously.

"However, we have no information at this time to suggest that muttonbirds might be significantly exposed to radioactive contamination due to this incident.

"MAF continues to monitor any new information that might cause us to change our advice to people about eating muttonbirds.''

Muttonbirds are considered a delicacy to many.

Eleanor Russell, whose family has been catching muttonbirds in Foveaux Strait for generations, had not heard of the potential threat but said it would affect muttonbirding if there was any truth to it.

"It is alarming that they've been going there (Fukushima) but I think until we've got the research through I don't think anyone will take stuff like that on board.''

Rakiura (Stewart Island) Maori, are the only people who have rights to gather muttonbirds on 36 islands, known as the Titi Islands, around Stewart Island. They can harvest chicks each year from April 1 to May 31.

"Some people tell you to cook it outside on their barbeques and not to cook it in the house. We cook ours inside because we love muttonbirds, but a lot of other people won't even come into the house when the smell hits them.''

Ms Russell said the best way to cook mutton birds was simply to put them in a pot and boil them with vegetables.

Others says it's best to boil them in a pot with a rock for six hours, drain the water, throw out the bird and eat the rock.