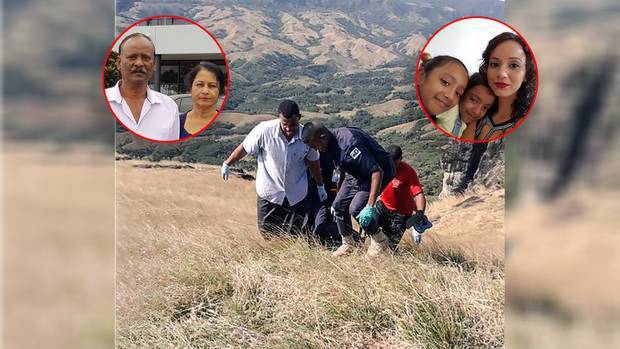 Fiji Police at the site where five bodies were found in the Nausori Highlands in Nadi, Western Fiji. Photo: Fiji Police/Supplied
A New Zealand faith healer has been charged in relation to the deaths of five people in the Fijian highlands, local police say.

He has been charged with five counts of murder and one count of attempted murder.

The accused, who is a holder of permanent resident status in New Zealand, is due to appear at the Nadi Magistrates Court today.

Five people, all from the same family, were found dead on August 26.

They were 63-year-old carpenter, Nirmal Kumar, his 54-year-old wife Usha Devi, their 34-year-old daughter, Nileshni Kajal and her two daughters, Sana, 11, and Samara, 8.

Autopsy results allegedly showed the group all died as a result of ingesting a toxic substance.

Samaira Kumar, 1, was found crying by the roadside close to where the bodies were discovered.

She was rescued by a young woman who stumbled across the grisly scene. 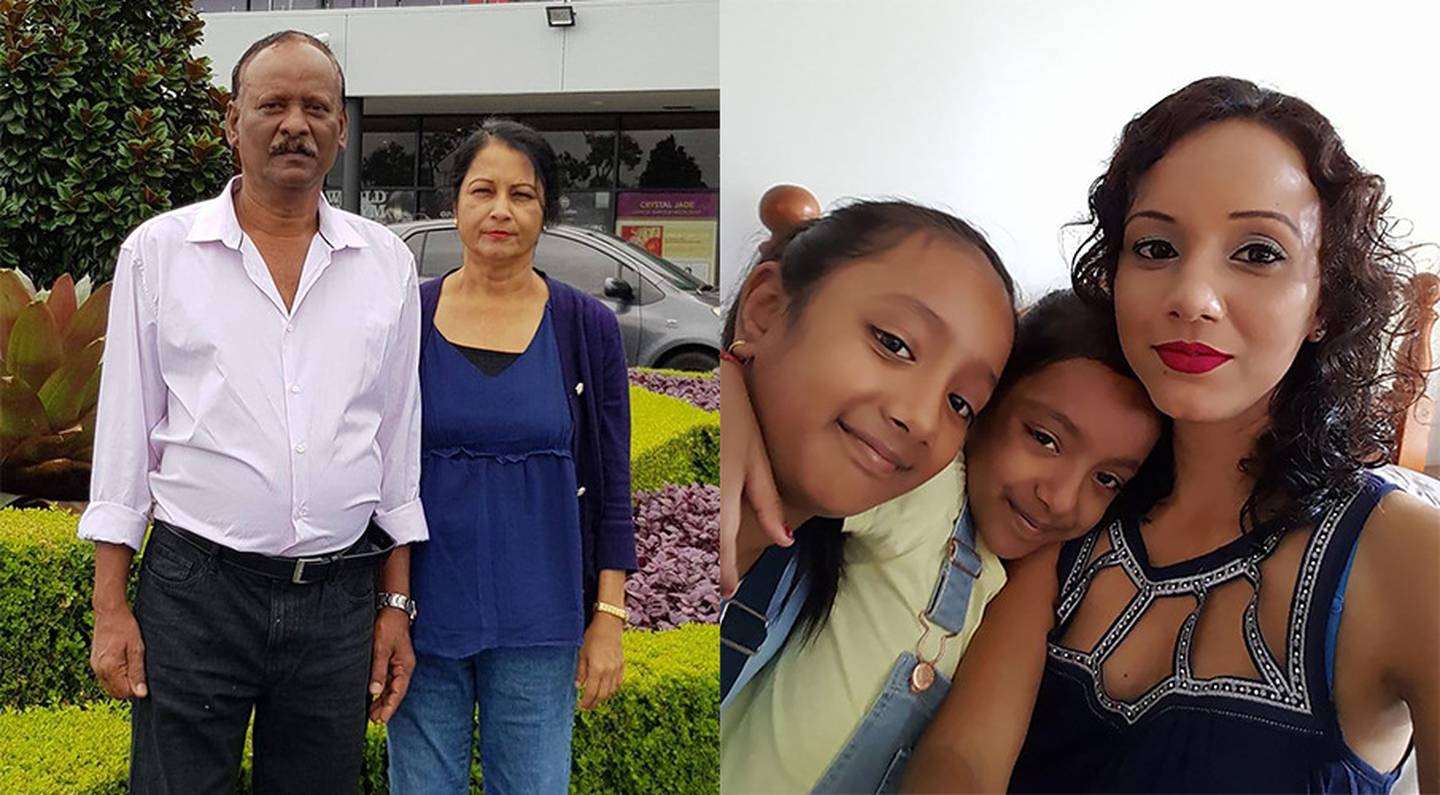 Nirmal Kumar, 63, and his wife Usha Devi, 54, and Nileshni Kajal, 34, with daughters aged 11 and 8. Photo: Supplied
Neighbours of the family, who lived in the Nadi suburb of Legalega, said they had not seen them since last Saturday — meaning the defenceless infant may have braved at least 36 hours alone in the wilderness, news.com.au has reported.

Mother-of-two Kelera Toloi, 25, said she stumbled across tiny Sumaira crawling near a cliff at Celekuta, a popular but rugged sightseeing spot.

Toloi said she did not know how the infant had managed to survive alone without shelter or sustenance but said her inability to walk had probably saved her life.

"I grabbed her and changed her soggy diaper straight away and fed her two milk bottles," she previously told The Fiji Sun.

"By the looks of it she was hungry but I wonder what inhumane mind could have done such a thing. Fortunately she did not walk or she would have fallen off the cliff.

'Faith healers' have faith in everything that is not medical science. It is misplaced, a vestige of shamanism.