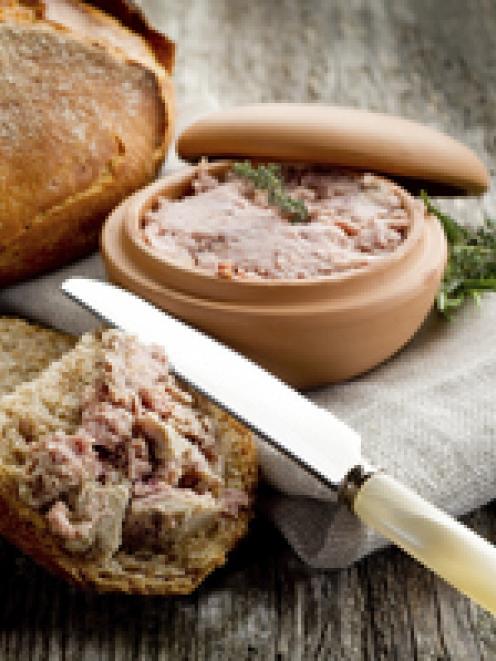 Six jars of meat pate were hidden in clothes in a cupboard. File photo / NZ Herald
A French foodie who couldn't part with her pate has become the first person convicted for deliberating concealing biosecurity goods on a visiting yacht.

Mrs Berthe arrived in Opua, Bay of Islands with her husband Remi Barre on their yacht from New Caledonia.

The French nationals are in New Zealand on a three-month holiday visa.

Mrs Barre had hidden six jars of meat pate in clothes in a cupboard, two limes were tucked inside a scarf in a drawer and the emergency bag on the yacht contained one bunch of green bananas, two packets of Spanish ham, one packet of New Caledonian ham and one piece of dried venison.

Ministry of Primary Industries quarantine officers inspected the yacht when it arrived in Opua as part of biosecurity and customs checks.

Mrs Barre had declared that there was no meat or fruit products on board.

She said she was aware of New Zealand's biosecurity regulations and had deliberately kept the ships stores low.

When the inspectors found the delectable stash of food Mrs Barre said she didn't declare the food because she wanted to eat it. She said she hid the food to avoid officials seizing it.

MPI Manager north cargo Stu Rawnsley said the food items could have been harbouring animal diseases such as foot-and-mouth disease, or pests such as Queensland fruit fly.

"Either could have a devastating effect on the New Zealand economy."

"The conviction and fine sends a message that yachties will face harsh consequences if they don't take our biosecurity rules seriously," Mr Rawnsley said.

MPI stepped up its border controls for visiting yachts in Northland this season following Queensland fruit fly scares in Whangarei last year, including additional quarantine officers that have been brought in to check vessels after the initial inspection is completed.

During the season MPI inspected 381 yachts at Marsden Cove and Opua.