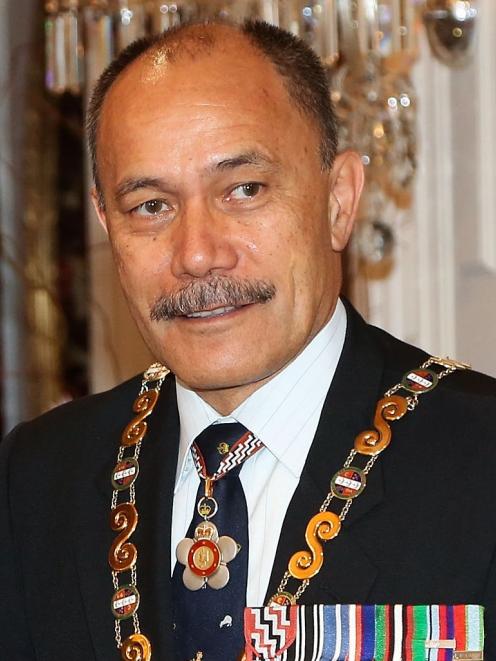 Sir Jerry Mateparae. Photo by Getty
The Governor-General has challenged New Zealand to consider how it can better look after its children in the coming year.

In his New Year message, Governor-General Lieutenant General Sir Jerry Mateparae said the way the nation cared for its children was the "barometer" of societal wellbeing.

"As a nation, and as communities, we need to both celebrate our successes, and examine how we can help those families facing particular difficulties, so every child can grow up in a safe and secure home," he said.

As the United Nations marked the 20th anniversary of the International Year of the Family, 2014 was an opportunity to "take stock" following a year where the spotlight was on child welfare.

The release of Children's Commissioner Russell Wills' report into child poverty in December found a quarter of Kiwi children were under the standard 60 per cent income poverty line, of which, 10 per cent were in severe and persistent poverty.

The report also highlighted the links between the lack of affordable housing and the preventable diseases spread through overcrowding.

Sir Jerry said while the structure and dynamics of New Zealand families had changed, the desire of parents to raise their children in a caring, loving environment had not.

"I often hear people say that everyone should have a New Zealand childhood.

"The care we provide to our most vulnerable citizens - our children - is a barometer of the wellbeing of our families and our society."

But not all families could cope with the "inevitable challenges" life threw at them, Sir Jerry said.

He urged Kiwis to remember how families had overcome challenges in the past, using the examples of World Wars I and II.

"In these and other conflicts, millions of lives were lost, and families were tragically torn apart. The New Zealanders who answered the call of service in that war, and many conflicts since, did so to protect our country in the hope that their families and their children could live in peace.

"As we recall their sacrifices, we should never forget the untold suffering these conflicts caused for families and children.

"As we make our resolutions for the New Year, and look to the year's anniversaries, we should let the lessons learnt so painfully a century ago inform our appreciation of our families and the freedom we have to raise them in peace."