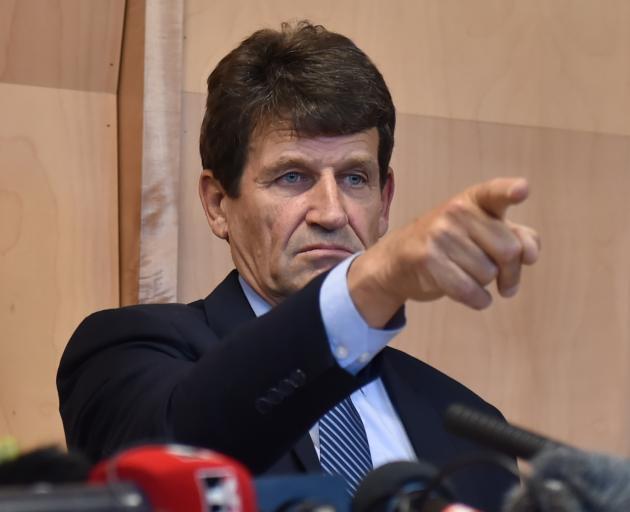 Tipple said police have been provided all details of those sales.

Tipple said Tarrant made his first purchase from the store a month after gaining his gun license, and his last purchase in March 2018.

He said Tarrant made his purchases online.

He said the guns sold to Tarrant were bought through three or four separate orders.

"We didn't sell him the rifle used in the incident. I watched the video and saw the rifle... and it was not from any Gun City affiliated store," he said.

However, Tipple said he was not able to verify whether the shotgun used was bought from Gun City.

Mr Tipple laughed off a question about his store allegedly selling David Gray ammunition that was used in the Aramoana massacre.

"Is that 30 years ago that you are talking about?"

Tippled labelled the sales to Tarrant as "ordinary".

The store sold him four "A Category" guns and ammunition, Mr Tipple said.

"I returned from Europe on Saturday and immediately searched all our purchase records and found the alleged gunman's purchases."

He said Gun City has operated for 40 years and at all times have met their legal obligations.

"We detected nothing extraordinary about this licence holder."

On behalf of Gun City and its staff he extended his deepest sympathies to the families that have suffered such an unspeakable act.

"This tragedy has devastated as all."

Asked if he would stop selling WW2 style German army helmets, his response was a flat no.