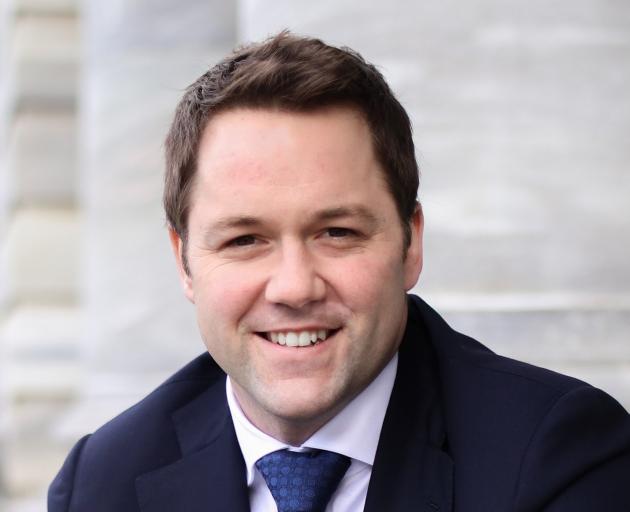 The Clutha-Southland MP, who stepped down as his party’s candidate in the Southland seat in the coming election after admitting he released private details of Covid-19 patients to the media, has not been at Parliament this week.

Mr Walker, who went to ground after his indiscretion became public, has so far not been seen publicly or spoken to media and has also proved hard to find for his own party.

‘‘I have spoken with Hamish and we have decided the best course of action will be for him to focus on supporting his constituents from within his electorate.

‘‘We expect him to continue this good work through until the end of this parliamentary term.’’

Mr Walker’s electorate offices have been closed in recent days. Signs on the door said the MP was on leave.

Ms Collins said it had been agreed Mr Walker would be granted leave from parliamentary duties in Wellington through until the end of this term of Parliament.

It was unconfirmed last night whether this meant Mr Walker had turned down the right accorded to all departing MPs, to make a valedictory statement to the House.

Because Mr Walker has not quit or been sacked, he will still receive three months' pay from the taxpayer totalling $60,000.

Labour MP Iain Lees-Galloway will also still be paid because he hasn't quit - but being stripped of his portfolios means he'll take a $132,000 pay cut and lose his access to a chauffeur-driven BMW limousine.

But disgraced former National MP Andrew Falloon, who was sacked for sending a pornographic image to a teenager, will save the taxpayer $60,000 because he lost his job immediately.

Falloon was the 13th National MP to announce they were leaving politics, although the 12 others will do so at the September election and so will continue to collect their salaries plus three months' pay after polling day.

They will all be reduced a minimum 10 percent due to Covid-related pay cuts that came into effect July 9 and are to last six months.

The collective payouts amount to roughly $1.4m, based on base MP rates and not including extra payments from committee roles.

Is he supporting his constituents or just receiving a pay packet time off, at taxpayers expense? There is a big difference and I hope the public sees it.

He should just resign and stop bludging off taxpayers. Just continuing the arrogant self-entitled actions that many who get into Parliament seem to delight in. Do as little as possible for as much as possible - and totally forget who is paying for it.
It isn't the Government who is paying you, it is taxpayers.

These whingers I bet are happy with ILG getting his full pay until the election.
I bet you also won't draw a link.... "too hard to take a 20% virtue signal paycut" then why should it be any easier to stop paying?
It's the same process people, open your other eye (if it isn't glued shut with red glue).
You people are pathetic labour lapdogs.
Sit, stay

Its not about Labour or Nationals, its about politicians who think they are snorting from a bottomless pit of taxpayer money. So yes, more people should open their eyes to how these people sponge off us.

Pigs and trough come to mind, why do these mp's get all these perks when if it was you and I we would get nothing.