0 Comments
In his short two-and-a-half years as an MP, National's Hamish Walker has made headlines across the country - for the right and the wrong reasons.

From talking a distressed man off the edge of a dam - likely saving his life - to being slammed for putting out "racist" press releases, Walker has been more prominent than the average backbencher.

But after admitting today to leaking confidential information about Covid-19 patients to media, Walker is now under immense pressure.

He was sworn in as an MP in 2017 after winning the Clutha-Southland electorate by a 14,000 vote margin.

That electorate had already seen recent controversy - former National MP Todd Barclay was forced to resign after allegations he secretly recorded his staff in mid-2017.

Barclay exited just before the election that year and Walker got the nod to stand in the seat - the largest geographic electorate in the country.

Walker has family all across the electorate, but was born in Dunedin.

"I have learned that many people in Clutha-Southland are not afraid to call a spade a spade," he said in his maiden speech to Parliament in 2017.

"You cannot pull the wool over the eyes of a Clutha-Southlander, even if it was grown and shorn there." 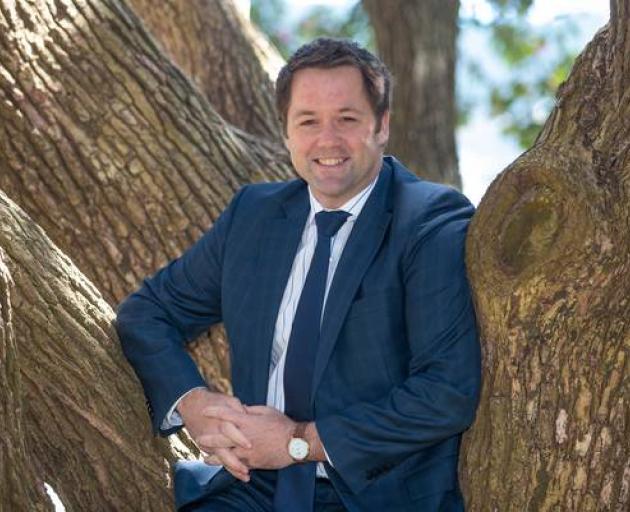 Walker left school at a young age and was diagnosed with type 1 diabetes at 14.

Between then and being sworn in as an MP, Walker had a number of jobs including a fisherman, a miner, jailer and a rugby referee.

Walker was catapulted into the limelight in early 2019, after it was revealed he talked a distressed man off the ledge of a dam.

He was praised by Detective Senior Sergeant Malcolm Inglis, who said the result would have been "very nasty" if the man had not been talked down.

The deed earned him a spot as a finalist of The New Zealand Herald's Our Heroes list.

Walker also earned praise for his role in advocating for the Lumsden maternity centre in Southland.

But it hasn't been all rosy headlines for the National MP.

Earlier this month, Walker sent out a press release claiming up to 11,000 people from "India, Pakistan and Korea" could be heading to Dunedin, Invercargill and Queenstown for quarantine.

The statement was slammed by the Government as "racist". Walker's leader, Todd Muller, expressed his disappointment over the comments.

In his maiden speech, Walker warned that he would "probably make mistakes in this House".

"I have made many already in my short life - but my respect for the institution, my loyalty and my commitment are solid; my philosophy is honest and true, and my compassion is infinite."

He paid tribute to many people in his maiden speech, but one sticks out - "Michelle Boag, your wise words are really appreciated."

Moments after Walker issued a press release admitting to the leak, Boag – former National Party President – issued her own in which she admitted to providing him with the information.

"I very much regret my actions and did not anticipate that Hamish would choose to send it on to some media outlets."

Boag is a well-known National Party player. She was the party president from 2001 until 2002, the year National had its worst election result of all time.

Since then, she has been a prominent right wing-commentator and been on a number of boards.

She was the acting chief executive of the Auckland Rescue Helicopter Trust and through that position, the Covid-19 patient information was made available to her.

Boag this evening resigned from that position.