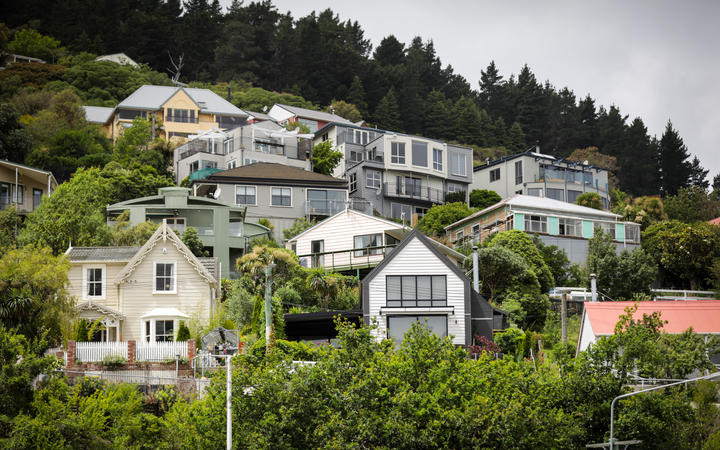 The average property value was 10.5 percent higher than a year ago, down from 14 percent annual growth the month earlier.

"There's no question that prices are falling, especially now as buyers take the upper hand in negotiations."

Nagel said house prices across the country had almost all peaked.

The regions that saw the fastest increase in prices over the past two years, which was driven by investors and first home buyers competing for limited stock in a low interest rate environment, were now seeing the biggest falls, he said.

Higher value properties were also coming off the boil as the downturn took hold, he said.

Wellington and Hamilton were showing the largest value reductions in the past three months, with prices falling 4.9 percent and 4.4 percent respectively.

Out of the 16 towns and cities QV monitors, Queenstown Lakes and Marlborough were the only regions to defy the fall in prices.

Looking ahead, Nagel said the market still had some way to fall before bottoming out, due to the prospect of further rate hikes by the Reserve Bank to tackle decades high inflation.

"We're unlikely to see any significant value growth until at least 2023 when full open borders might allow for the return of tourists and immigrants to New Zealand at pre-Covid levels."

Local investment bank Jardens was forecasting that the average house price would fall 18 percent to $740,000 by the end of 2023.