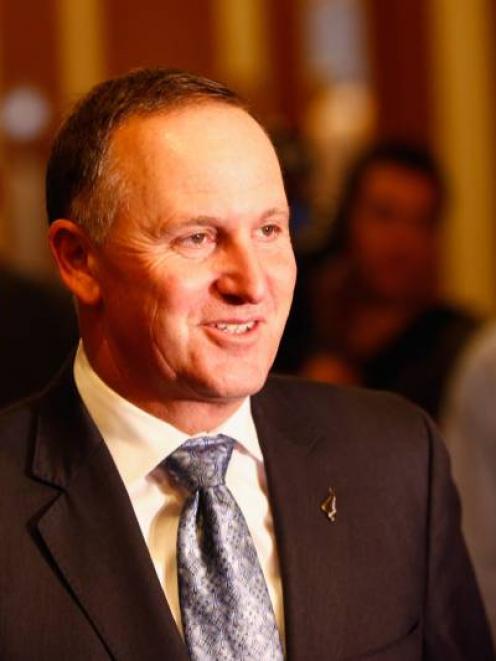 John Key
The waters around the Kermadec Islands to the north of New Zealand will become one of the largest ocean sanctuaries in the world, Prime Minister John Key has announced at the United Nations.

"This is an area twice the size of our land mass and 50 times the size of our largest national park. It is truly a special place, and we want to keep it that way,'' Mr Key said from New York on Monday (local time).

"The new sanctuary will preserve the home of a huge range of species - millions of sea birds and whales and dolphins, endangered turtles and thousands of species of fish and other marine life will be better protected.''

The decision will be celebrated by organisations and individuals who have campaigned for years for such a sanctuary.

The Kermadec Islands have had a marine reserve around them since 1990 but this decision will extend it from 12 nautical miles to the 200 nautical miles of New Zealand's exclusive economic zone (EEZ).

Mr Key said the sanctuary would mean no fishing, commercial or recreational, and no prospecting or mining in the area.

As well as marine life, the sanctuary would protect the ocean floor, Mr Key said.

A Cabinet paper on the establishment of the Kermadec Ocean Sanctuary says that while the protected area will comprise 15% of New Zealand's EEZ, there is little viable commercial fishing in the area so no compensation should be paid.

"But the mining resources are potentially very, very large there, because there are unknown quantities of silver and other resources there,'' Mr Key said.

"On the other side of the coin, we are also trying to protect what is, from a geological perspective, a very important and significant part of the world.''

Mr Key said he thought in decades to come New Zealanders would judge the decision to set-up the sanctuary as the right one, just as today's generations viewed the establishment of national parks such as Fiordland and Tongariro.

Mr Key made the announcement during the "leaders' week'' at the UN General Assembly in New York.

"New Zealanders value our coasts and oceans, which are an important part of our culture, economy and environment, and we are committed to managing them sustainably.

"Creating protected areas will support not only our own fisheries but those of our Pacific neighbours.''

Groups that have campaigned for the sanctuary include the Pew Charitable Trust, WWF New Zealand, the Royal NZ Forest and Bird Society, Greenpeace and Ngati Kuri.

WWF-New Zealand chief executive Chris Howe said the creation of the ocean sanctuary put New Zealand "back at the forefront of marine protection on the global stage".

"[It] will allow some of the ocean's most exploited and threatened species to not only recover but flourish."

Sanctuary a year away

Minister for the Environment Nick Smith said the sanctuary would require legislation and the aim was to have it in place by October 1 next year.

He said the decision was taken now to give certainty to a Canadian company, Nautilus Minerals, which had applied for a prospecting permit covering an area that was partly within the sanctuary.

Officials would work with the company to revise its application.

Dr Smith said New Zealand had committed to having 10 per cent of coastal and marine areas conserved by 2020, and already had 9.7 per cent of its territorial sea (within 12 nautical miles) protected.

Forest and Bird advocacy manager Kevin Hackwell said the announcement was "a really significant move'' which would give the Kermadecs a much higher profile.

The Green Party said it was delighted with the announcement, which lifted marine reserves in New Zealand's territorial sea and Exclusive Economic Zone from 0.4% to 15%.