Kiwi actor wakes up to rat eating his face

It was with a sharp pain in his lips that Ross Campbell woke up and saw something scurry into the darkness.

The actor felt fluid streaming from his mouth.

"I went and looked in the mirror and I looked like Dracula."

A rat had nibbled his face.

Campbell, 63, of Auckland, has hesitated to tell this story before but two months later has told the Herald about the horror of waking up to a rat eating his face.

It happened about two months ago in his Khyber Pass studio apartment after he'd taken his usual sleeping pill, which he helps manage his insomnia.

About 3am, he woke to the sharp pain.

"I wondered what the hell was going on and just felt fluid pouring down my face. So I went and looked in the mirror and I looked like Dracula.

"Mate, from the top of my lip to around the bottom, it had bitten me. It must have smelled my breath or something."

In a bit of a stupor from the sleeping pill and the early hour, Campbell cleaned up his face and went back to sleep.

"But next minute, the guy's having a go at my thumb.

"He tried to eat my thumb, I swear to God.

"That was it. I was too tired, too bloody stupid to do anything so I came and slept on the couch and turned over the bed, but under it was all bloody rat shit." 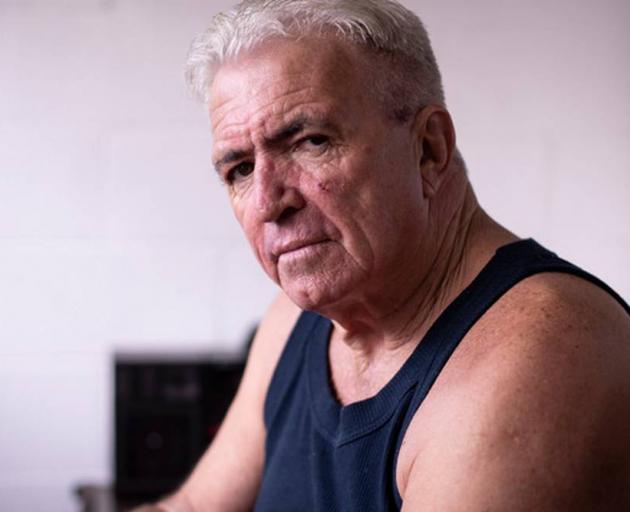 Actor Ross Campbell woke up to a sharp pain at 3am. Photo: NZ Herald
The next morning he woke-up "shit-scared" and went to Auckland Hospital for a check-up, a tetanus shot and had the puncture marks on his lips tended to.

"It must have been quite a big rat because it grabbed my whole mouth."

The doctors told him they'd never seen anything like it before and people came specifically to see him.

The actor - who has appeared in Hercules and Shortland St, was the "Vince Martin of New Zealand" for Pit Stop and various other commercials - is still kicking himself he didn't get a picture of his face at the time.

And when asked to describe the pain, Campbell could only say: "Well, I've never had my face eaten before.

"From being in a dead sleep to actually wake-up with the pain then glimpse the rat.

"I thought I was in a nightmare."

Campbell has lived in the units opposite University of Auckland's Newmarket campus - which used to be one of Lion's breweries - for about three years.

One of his neighbours told him that when the university took over the site, all the rats migrated across the road.

Now their building is "infested with thousands" of them.

Campbell said he'd seen rats come into his studio unit before during the day, but his neighbour's cat usually scares them away.

Since the nightmare-turned-reality, Campbell has been too scared to sleep in his bedroom and instead opts for an army bed in the lounge.

Every night before he goes to sleep, he makes sure there's nothing that a rat could climb up so it doesn't get the chance for another munch.

But he is keeping an eye out for a new place, although he feels moving might be a bit like being beaten - which goes against his strong constitution.

"This has really done a job on my head, aye.

"People say you get rats everywhere, but you don't get them trying to eat ya."

But the self-confessed "soft prick" said, despite the quite obvious rat problem in the building, he's hesitant to set traps.

"I mean, it ate my face because it was probably hungry."

Must have been a pretty potent sleeping pill! This is not unusual behaviour in rats. Set traps and get real with them.