Leak fires up calls for move to Level 1 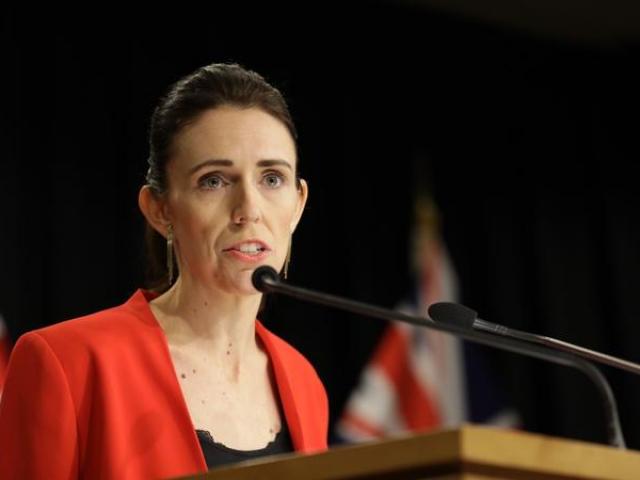 Jacinda Ardern. Photo: RNZ
Prime Minister Jacinda Ardern is being urged to move into Alert Level 1 immediately in light of criteria in a leaked Cabinet paper that includes a 28-day window of no community transmission.

The most recent such case was reported on April 30, 34 days ago, but director-general of health Ashley Bloomfield has said the last cases of concern were actually from about two months ago.

But Ms Ardern is standing firm on making an announcement on Monday, saying there are other factors in the decision.

‘‘Earlier than that would not have given sufficient confidence that transmission was not occurring that has not yet been detected,’’ she said while being questioned by Mr Muller in the House yesterday.

‘‘The incubation period of the virus is up to 14 days

... It’s only been 13 days since bars reopened and five days since gathering sizes were lifted to 100.’’

That prompted Mr Muller to question how insufficient confidence squared with Dr Bloomfield’s comments that there was no evidence of community transmission.

The last reported case was the country’s only remaining active case, an Auckland woman in her 50s, who was first suspected of having Covid-19 on May 1.

There would be no restrictions at shops or restaurants, no physical distancing requirements, and no limits on gatherings.

In Level 1, churches, sports events, concerts, conferences and weddings and funerals of any size could all resume.

The leaked Cabinet paper said Level 1 was so permissive because it was predicated on no community transmission.

‘‘If that has been achieved, and we have confidence in our border controls, there is theoretically no need for restrictions on people’s movements, interactions or activities.’’

Mr Muller quoted the paper, which is in Ms Ardern’s name, during Question Time yesterday to push the case for a move to Level 1.

‘‘Alert Level 1 means there has been a period of more than 28 days with no new cases of Covid-19 caused by community transmission, and there is an extremely low public health risk from the virus.’’

He said every day at Level 2 allowed businesses to sink further, adding: ‘‘Why wait till midnight Wednesday, when the whole country needs us to be in Level 1 today?’’

Ms Ardern did not deny it was a leaked Cabinet paper — an embarrassment because it shows the Government’s systems are not watertight.

It is also a boost for Mr Muller, who described it as a sign of ‘‘internal division’’, as it is the first leak to National since he took over the leadership.

Ms Ardern told the House that community transmission was only one of the factors the Cabinet would consider in making its decision.

Others included the economy, the public’s willingness to comply with restrictions, trends in transmission, and Dr Bloomfield’s confidence in the Covid-19 data.

‘‘We must listen to the advice not only of the scientists, epidemiologists, but also the director-general of health.’’

She took a shot at Mr Muller: ‘‘If the member thinks he knows more than all of them combined, I congratulate him but I would rather listen to the advice, get it right and not risk our economy.’’

The Ministry of Health’s elimination strategy is to have confidence ‘‘we have eliminated chains of transmission in our community for at least 28 days and can effectively contain any future imported cases from overseas’’.

It does not say if that refers to community transmission cases, where the source of infection is unknown, or any transmission that is not an imported case.

Yesterday, Dr Bloomfield said the ministry was still working on the criteria for the 28-day window.

He said the string of zero-case days was ‘‘very encouraging’’, but elimination was an ongoing process, not a point in time. — The New Zealand Herald