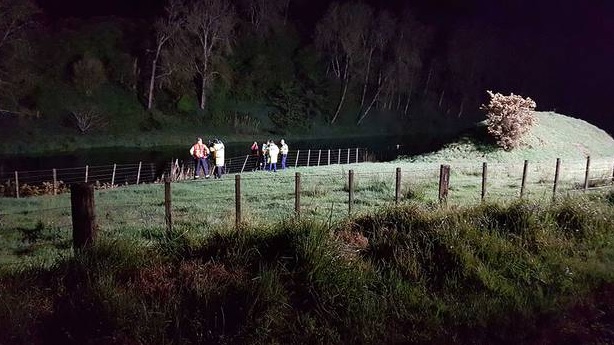 Police at the scene of the Wairoa River crash. Photo: Bay of Plenty Times
Police have named the man who died following a single-vehicle crash in Lower Kaimai in the Bay of Plenty.

He was 51-year-old Shane Michael King, of Putaruru.

The investigation into the crash is ongoing.

The crash happened on State Highway 29 about 7.40pm on Tuesday.

Police divers yesterday found the body of King inside the car after it left the road and ended up submerged in the Wairoa River.

Acting Senior Sergeant Cam Anderson said due to the high river level the car was initially not visible but about 1pm yesterday the wheels could be seen.

Police are appealing for the public to come forward with any information.

Anderson said police still needed to forensically examine the crash vehicle and obtain formal statements from the female occupant and witnesses to the crash.

Police were exploring all possible options a to what may have led to the crash, he said.

A 48-year-old woman remains in Tauranga Hospital in a ward and her condition was described as "stable" by a hospital communication spokesman.