By John Cosgrove
0 Comments
Being recognised on the global stage for his creative skills came as a shock for stargazer and astro-photographer Nick Faulkner.

The graphic artist/videographer's photo, Solitude, which shows an arm of our galaxy, the Milky Way, over Castle Hill, was judged one of the top 25 in the world in an annual competition hosted by travel photography blog Capture The Atlas.

The competition showcases the year’s best 25 photos of the Milky Way taken during the peak of the season, with the aim of inspiring and sharing the beauty of the galaxy.

The list included images taken by photographers from 12 countries.

“I was shocked, I didn’t expect it at all, especially with so many competitors and so many other people who are amazing photographers, it’s a big shock,” said Faulkner, who lives in Halswell.

Faulkner was one of three New Zealand photographers lauded in the latest competition, images by Rachel Roberts of the West Coast and Evan Mckay of Palmerston North were also placed in the top 25.

“I know of them, it’s a small group of enthusiasts who look to the stars with their cameras and I’ve chatted with them many times online,” he said. 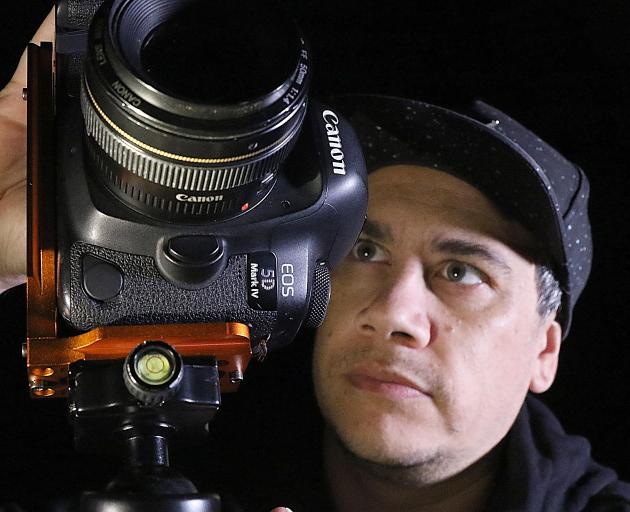 Nick Faulkner. Photo: John Cosgrove
Outside of his day-to-day work schedule, Faulkner can be found catching the midnight sun in lonely quiet places in the Southern Alps.

“We’ve got some of the best dark skies in the world here.

“We don’t have too many big, massive cities like you do in the States and other places, so you can easily get away from light pollution.

“In my opinion, because we’re in the Southern Hemisphere we have the best view of our Milky Way,” he said.

Faulkner runs Hueman Photography, which specialises in landscapes and astrophotography.

The Castle Hill photo came about after 30 hours of waiting and hoping.

“I had been at the site 24 hours earlier, and had shot a panorama of the sky and the stars.

“Later, when I was looking at the weather forecast, I saw there was the possibility of snow on the way, so I rushed back and was just lucky I guess, as the weather cleared just in time for me to get a clear shot with snow on the ground, which made for a great picture,” he said.

Using a specialist star tracker device to keep his camera lined up with the stars and counteract the earth’s rotation, Faulkner said he shot about 33 four-minute panorama exposures.

“It’s very time-consuming, but the results are worth it later.”

Faulkner said the attraction of astrophotography was about more than just being under the stars.

“I’m usually out in the middle of nowhere, late at night, and although I guess it sounds cheesy, I love being at one with the sky, thinking about the universe.

“It’s just incredible being out there alone, looking up and seeing how much you can see,” he said.