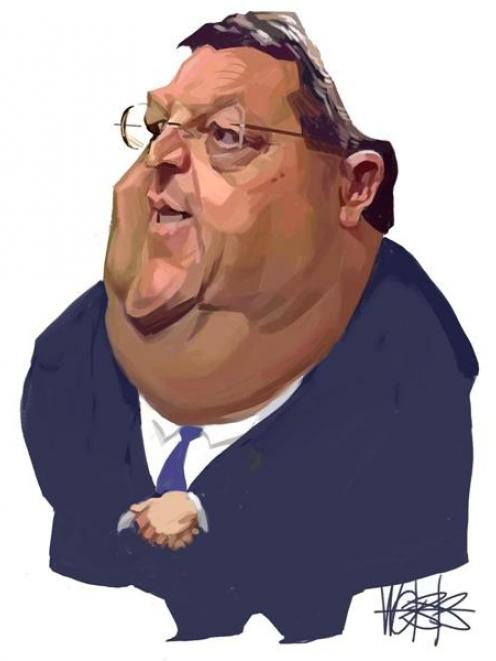 Gerry Brownlee
The Government will today drop controversial plans to mine some of the country's most prized and pristine conservation land.

It is understood the Government will rule out mining in all 7000ha of conservation land it was considering opening to mineral prospecting, including parts of Great Barrier Island, the Coromandel Peninsula and the Paparoa National Park.

Energy and Resources Minister Gerry Brownlee, who pushed for mining companies to be allowed into no-go areas for mineral exploitation, will carry the can for a policy defeat brought about by public opposition.

He is also expected to announce that not only will there be no mining in those areas, but all national parks will be protected in future.

Mr Brownlee may be able to save some face by flagging more mining on Crown land of lower ecological value.

He may also signal increased efforts on the part of the Government to develop New Zealand's oil, gas and mineral potential, both on and offshore.

Prime Minister John Key yesterday spoke of mining still being capable of delivering economic benefits, suggesting the announcement will be wider than just a backdown on schedule 4, a protection for high-value conservation land introduced by National in the 1990s.

"Schedule 4 is one part of the equation and we'll be having that discussion tomorrow, but in terms of the wider mineral and exploration opportunities in New Zealand, it's my opinion they can deliver a step change."

Mr Key pointed to opportunities outside conservation areas, including lignite and ironsands.

"They are not insubstantial by any stretch of the imagination."

Mining on some of the "precious bits" of the country was not the way to go, Mr Taylor said, given there were so many other suitable areas in the country.

"That was our problem [from the beginning].

It would just be damaging to our reputation."

At one point last year, Government officials suggested removing protection from all high-value conservation land to give mining companies easier access to it, official documents released two months ago show.

The "stock take" announced in March saw that whittled down to just over 7000ha.

A consultation document on the proposal drew more than 30,000 submissions, nearly 50,000 people signed a Green Party-organised petition to oppose it and 40,000 marched against it in Auckland.

Aside from areas earmarked for prospecting earlier this year, Mr Brownlee also said about $4 million was to be spent this year gathering information about further conservation estate areas, including some protected under schedule 4.