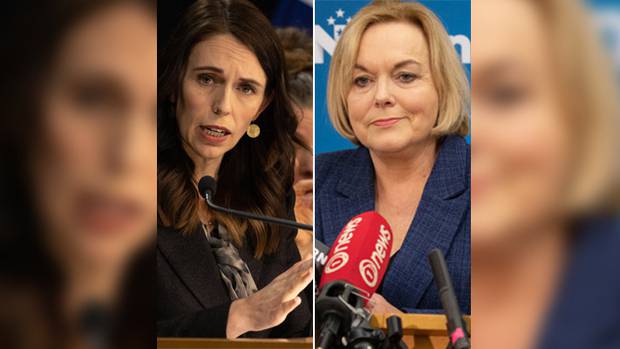 Labour could govern alone based on the results of tonight's 1 News/Colmar Brunton poll.

While National would want to do better, Collins and the way she's doing the job sees her winning the approval of 50% - far outstripping her two predecessors, Simon Bridges and Todd Muller.

But when it comes to being Prime Minister, Labour's Jacinda Ardern holds steady on 54%, however Collins has surged to 20%. NZ First leader Winston Peters and ACT leader David Seymour both polled 1%.

Based on these results, Labour would have 67 seats in the House, National 41, the Greens six and ACT six.

The poll is good news for ACT leader David Seymour (left) but not so for NZ First's Winston Peters. Photo: NZ Herald
The big winner is ACT, which comes in at 5% - its highest polling in 17 years - easily outstripping New Zealand First, which is steady on 2%.

The Greens have dipped slightly, down one point to 5%.

The TVNZ poll was taken between Saturday and midnight on Wednesday and has a margin of error of 3.1%.

Seats in Parliament based on tonight's results

National is at 32%, which is down 6 points since the last 1 News/Colmar Brunton poll.

However, it is a much better result than the 25% National scored in a Newshub/Reid Research poll earlier this week. This poll had Labour at 60%.

The 25% figure - which was National's lowest reading in the poll since it began - prompted an immediate response from the party.

In the TVNZ poll the gap between Labour and National is 21 points - in the Newshub poll it was 35 points - prompting National to claim Newshub's poll was "rogue".

Despite publicly talking about National's internal numbers, Collins refused to provide them when asked by media.

However, the numbers were subsequently leaked to media and show National was on 36%, compared to Labour's 50%.

In that exchange, she called a reporter's questions "stupid" and then backtracked on comments from the day before by saying she was joking.

"When my eyebrow goes up", it's a joke," she said, before quipping "do you not understand a joke", soon after. 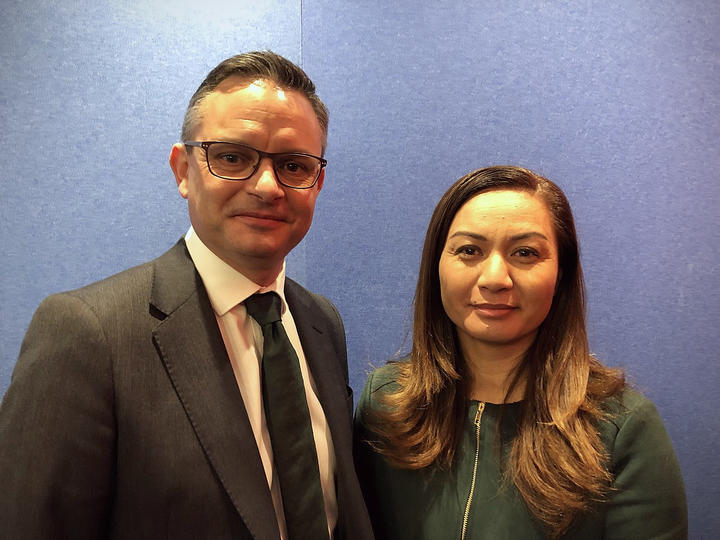 The ongoing war of words between the Greens and New Zealand First was also captured in tonight's poll.

Over the weekend, Greens co-leader James Shaw said having NZ First back in government after September 19 was a "risk that I don't think is worth taking in the next term".

Shaw and NZ First leader Winston Peters have been loggerheads for the last few weeks over a number of issues.

The Newshub/ Reid Research poll had NZ First on 2% - well below the 5% threshold.

No matter how you paint the numbers, it's just lipstick on a pig. National aren't within any hope of winning.

National's support has dropped 6% since the last poll. That's a great victory. Well done crusher, Keep doing what you're doing and you'll manage to drop another 6% in a month.