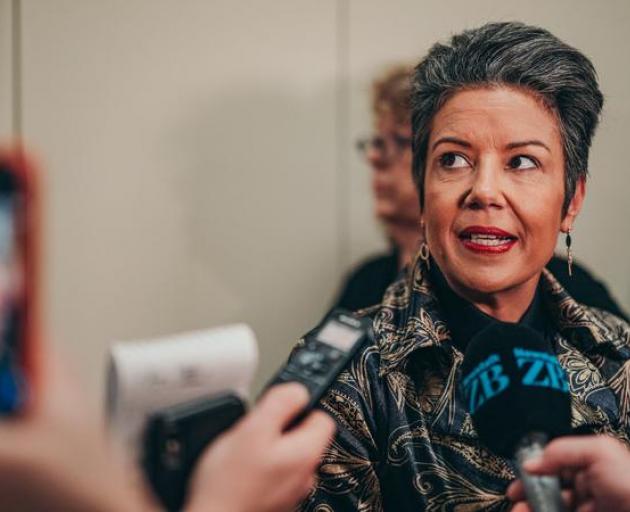 Paula Bennett: "Electric vehicles and other vehicles with low emissions are a great thing. It's the penalising of those who don't have alternatives that I think is really unfair." Photo: RNZ
The Government's proposal to make some car imports more expensive and electric cars cheaper penalises those who can't afford another cost, National Party deputy leader Paula Bennett says.

Under plans yesterday outlined by the Associate Transport Minister Julie-Anne Genter, a fee would be imposed on vehicles with high CO2 emissions and the money used to subsidise low emitters.

It would mean about $8000 off the price of new or near-new imported electric vehicles (EVs). Fuel-efficient petrol cars would also be cheaper, while the heaviest-polluters would cost $3000 more.

Ms Bennett said National was not against incentives for electric vehicles.

"We see the benefits in cleaner emissions from vehicles. Electric vehicles and other vehicles with low emissions are a great thing.

"It's the penalising of those who don't have alternatives that I think is really unfair. It's another tax, another cost on those small businesses, the tradies the farmers, those that are doing the hard grind out there."

As better electric vehicles came in people would use them, she said. Investing in technology and working with car dealers on what they import would be useful measures, she said.

Imported Motor Vehicle Industry Association chief executive David Vinsen yesterday said the minister's proposal was a "draconian" way of reducing emissions and a simple pricing signal to the buying public would be most effective.

On the wider issue of climate change and whether the Government should declare a climate emergency, Ms Bennett said it would be "posturing".

Climate change change needed action but labelling it an emergency was not the right way to deal with it.

"We use emergencies for natural disasters, where all government departments work very differently to move in an extreme situation like we saw with the Christchurch earthquakes."

"I think we have the risk of undermining natural disasters like that if we start labelling things that are longer term.

"We're also just giving it a label without the actual actions that are needed alongside it."