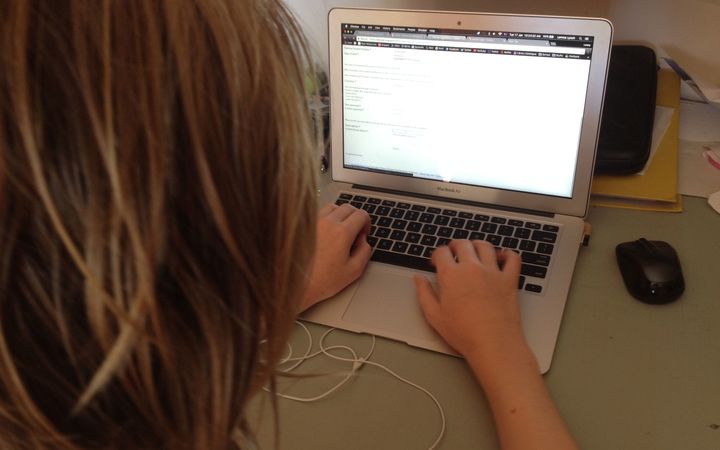 Students can now check their results online. File photo supplied via RNZ
NCEA results went online this morning and 140,000 teenagers are finding out how the pandemic affected their education last year.

Students can see how they performed in their end-of-year exams and whether they have achieved an NCEA certificate.

They will also learn how many extra "learning recognition credits" they received and whether they have merit or excellence endorsements for particular subjects or for their entire NCEA certificate.

The New Zealand Qualifications Authority (NZQA) said it could not yet provide any analysis of the results, but schools would be able to see how their own students had performed and make comparisons to previous years.

The "learning recognition credits" were awarded to students to mitigate the disadvantage caused by the national and Auckland lockdowns.

Auckland students were eligible for one of the extra credits for every four regular credits they earned up to a maximum of 16 at level 1, and 12 at levels two and three.

Students in the rest of the country were eligible for one learning recognition credits for every five up to a maximum of 10 credits and level 1, and eight credits at levels two and three.

The credits would provide Auckland students with up to 20 percent of the credits required for an NCEA certificate, and up to 13 percent for students elsewhere.

The NZQA said students who had difficulty logging into its website should contact its call centre, 0800 697 296, which would be open until 8pm.

It said students who were just a few credits short of an NCEA certificate still had time to get them through short courses.

Te Kura - the Correspondence School - said it was offering a summer school for students who needed up to six more credits for their NCEA certificates.

Its chief executive, Mike Hollings, said this year's summer school had been expanded for Auckland students with help from the Ministry of Education.

Enrolments had been open since December and would run until 2 February, he said.