A holidaying hospital surgeon and four stunned golfers were among those first on the scene after a helicopter carrying a newlywed couple, their wedding photographer and a pilot crashed at a Canterbury high country resort yesterday afternoon.

The wedding day horror unfolded on a fairway of the golf course at Terrace Downs Resort in Windwhistle, 80km west of Christchurch, when the Robinson 44 came down while flying the newlyweds to a picturesque mountain spot for post-nuptial photos.

All four on board were hurt, and three were flown by rescue helicopter to Christchurch Hospital with serious injuries after the 3.05pm crash. The remaining person was taken by ambulance to the same hospital with moderate injuries.

Four people playing golf nearby were first on the scene after the helicopter came down, said Ronnie Ronalde, director of operations for CPG Hotels, which owns the resort. 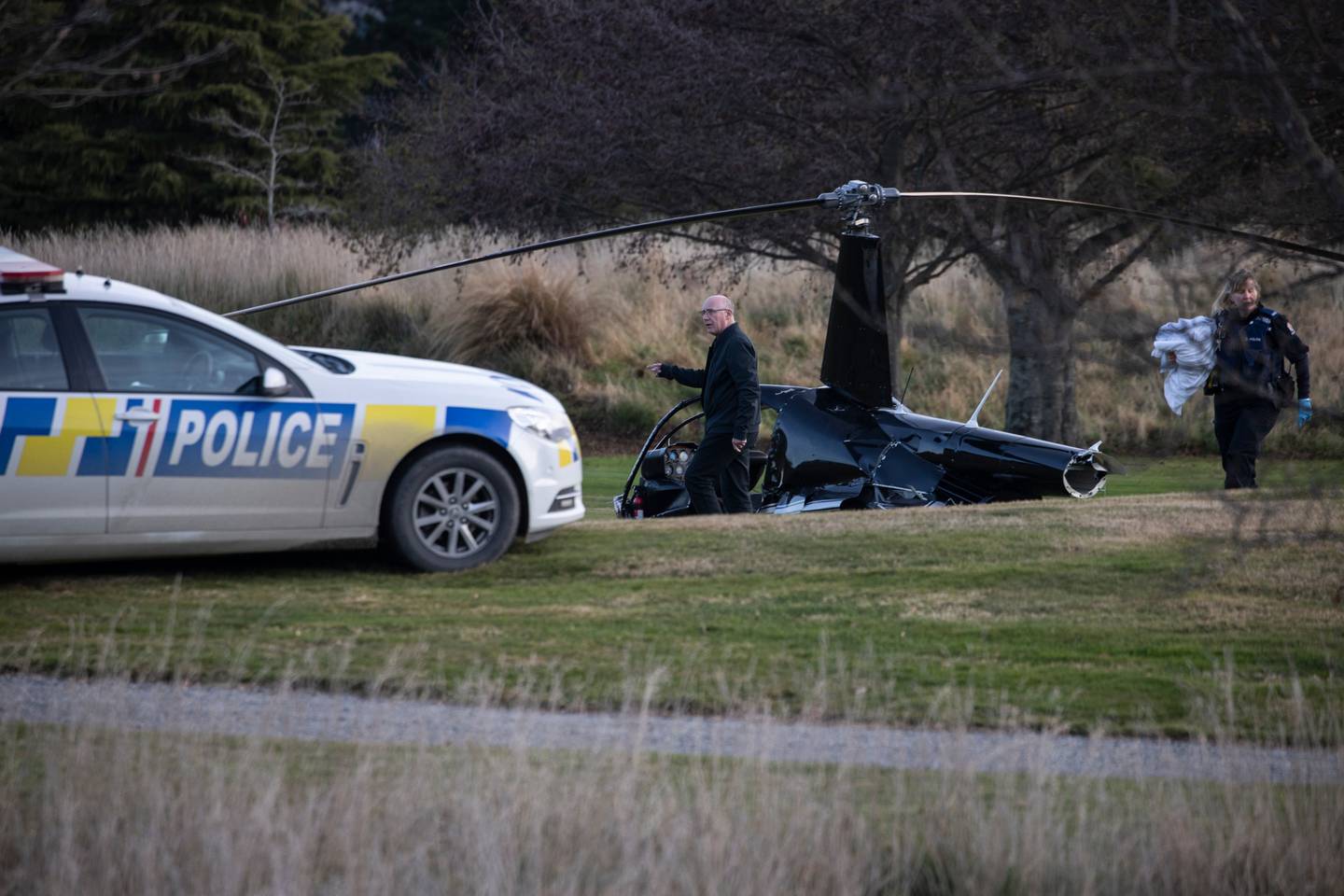 The helicopter crashed with four people, including a newlywed couple, on board. Photo: NZ Herald
"Four golfers on the next green ran across. They heard a thud and ran to the fairway."

He was walking past when one of the golfers "called it in" to the resort so he jumped into a golf cart with other staff to help, arriving within minutes to discover the occupants of the helicopter "conscious and talking" but in pain.

"Everything happened so quick ...we were trying to look after the people till the ambulance came ... comforting them, putting blankets on them.

"One [staff member] was in the helicopter, consoling [the injured]."

A hospital surgeon staying at the resort also came to help, Ronalde said.

The helicopter crashed upright near a sand trap, but photos showed its tail had been sheared off - it came to rest several metres away tangled around a flag stick.

The newlyweds were sitting together in the back of the helicopter, behind the photographer and pilot, but Ronalde didn't know who of those on board was seriously injured.

The group was flying to a picturesque mountain spot - the resort is located next to Rakaia River and below Mt Hutt and the Southern Alps - and had just started the planned 10-minute flight. 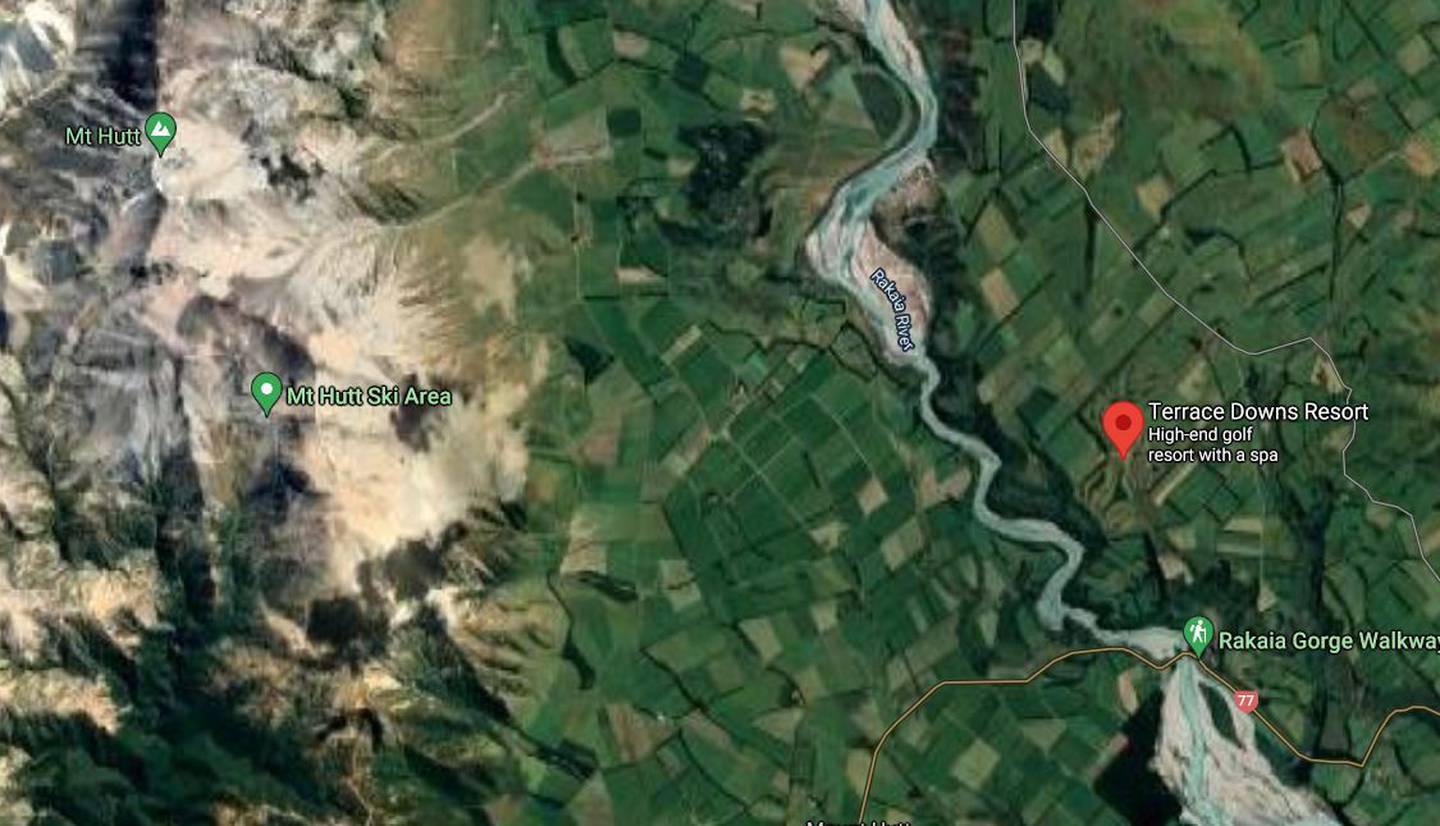 Terrace Downs Resort is near the Mt Hutt Ski Area in Canterbury. Image / Google Maps
"They'd just taken off and weren't that high [off the ground]."

The mountain photo excursion was part of the big day, with the reception for around 100 guests to follow, Ronalde said.

"The whole family had come here today to have their reception, which they had out in the gardens, and part of it was for some photos to be taken. They were going up to the top of the mountain and the reception was to be afterwards."

Shocked wedding guests waiting back at the resort, including the newlyweds' parents, had to be comforted by staff, with about 30 on duty at the time of the crash, Ronalde said.

Guests were traumatised and confused, he said.

"It's a big day and all of a sudden it stops ... it's devastating for the family, and the staff who were there, all of us. It's quite a traumatic day.

"[So] we were trying to console everyone and make them as comfortable as we can."

Some guests, unaware of what had happened, arrived at the venue only to be told by staff that there had been an accident.

The helicopter is understood to be operated by a Christchurch-based company, but no one from the firm could be contacted last night. 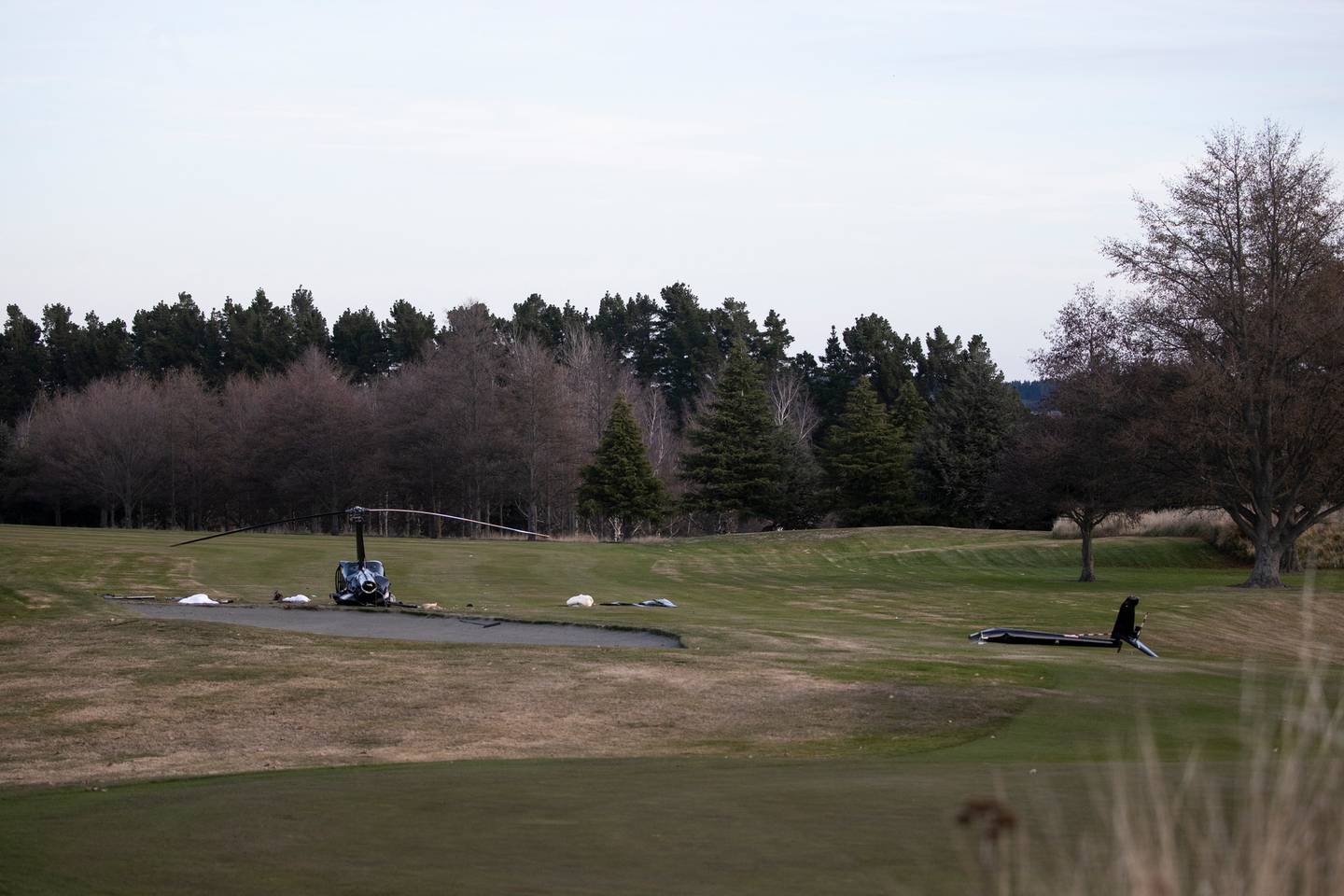 The tail of the helicopter, seen at right, was sheared off when it crashed. Photo: NZ Herald
The Civil Aviation Authority told Newstalk ZB they were working with the Transport Accident Investigation Commission to determine which agency would lead the investigation into the crash.

"In the meantime, we are asking people in the Canterbury high country to avoid the accident site to ensure that the site is not contaminated, which could hinder the investigation."