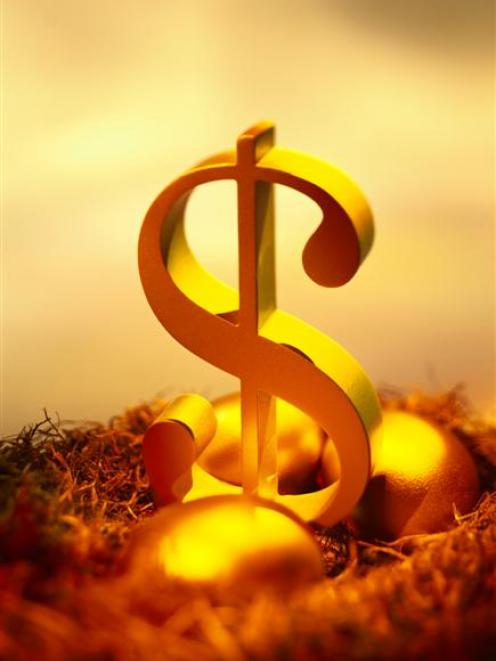 Photo by Getty Images.
The current world economic crisis has caused a massive destruction of wealth and there was barely an investor who was immune.

There are tentative signs of economic recovery but using history as a guide, the recovery is likely to take time, it will be patchy and there may be further volatility in some investments.

Reserve Bank governor Alan Bollard believes New Zealand will start recovering from the recession before the rest of the world, but warns that the borrowing and spending habits of the past need to remain in the past.

He called for higher household savings to provide a more stable source of funds for business investment and expansion, reducing the reliance on foreign funding.

But New Zealand, like many Western economies faces the problem of an ageing population.

In 1981, New Zealand's median age stood at 28. It is now around 35 - a significant change within three decades.

"The structure of New Zealand's population is like an anaconda, stuffed with an antelope about half-way along. As the digestive process inexorably continues, New Zealand's median age will lift."

Statistics New Zealand projected it would reach 41 by 2031.

But the advancing population bulge was not the only issue.

Life expectancy was lifting, meaning an increase in the number of years spent post-retirement.

Mr Walton said all that meant that the ratio of retired folk to the working age population was set to skyrocket. New Zealand's dependency ratio (defined as the ratio of population aged 65 and over to those aged between 20 and 64) stood at around 0.23. For each retiree, there were around four people of working age.

By 2050, that ratio was expected to double, meaning just two workers for each retiree.

"The seemingly inescapable fact is that the responsibility of caring for the older cohorts will fall on a steadily shrinking percentage of the total population.

"We hesitate to use the word `burden', with all its negative connotations. But the reality is that health costs jump dramatically in latter years and these costs will have to be met, somehow."

The most obvious option for remedying the lifting dependency ratio problem was a mandatory hike in the retirement age, Mr Walton said.

Other than the political hurdle, which would require lots of fortitude to clear, it was not a step that would address the consequences of an ageing population completely.

There was plenty of evidence that suggested worker productivity dropped off with age.

"Again, it sounds harsh, but it's a truism that replacing younger workers with older won't be enough," he said.

For many, their asset base would not recover immediately to pre-crisis levels.

"It is time for us to face the reality of what has happened and look to how we are going to adapt in order to ensure a financially secure retirement."

Mr Smith provided some harsh choices for people to face.

• Could they accept a lower standard of living in retirement?

• If they were not already retired, could they continue to work to an older age, giving extra time to rebuild wealth and less time to consume it once retired?

• If they were retired, would they be willing to get a part-time job?

• Were they willing to take a higher risk with their remaining investments in order to theoretically get a higher total portfolio return?

• Spending capital in retirement might be considered as there was no point in taking the money to the grave.

• Selling the family home could mean using the proceeds to generate additional retirement income to spend on family, rent, purchase a lower-value smaller house or build something on a child's home in which to live.

• Other options to grant access to equity in the home to fund retirement might be considered. This could be achieved through reverse annuity mortgage facilities from specialist lending institutions.

"You may cringe at some of the options but in the new reality we now face, a review of your retirement planning may be the biggest favour you will ever do for your future self," Mr Smith said.

Speaker reworks Bill on US debt

Impact of recession will still be felt - English

South leads regions out of recession