Clare Curran has vowed to continue working hard on behalf of South Dunedin after being booted from Cabinet following her second failure to properly declare a meeting.

Prime Minister Jacinda Ardern announced this afternoon she had accepted her offer to resign following a second failure to properly declare a meeting.

Ms Curran will no longer be in Cabinet, but has retained her responsibilities as Minister for Broadcasting, Communications and Digital Media, and as Associate Minister for ACC.

Ms Ardern said in a statement the South Dunedin MP's failure to record the meeting over the vacant Chief Technology Officer (CTO) role left Ms Curran open to the accusation "she deliberately sought to hide the meeting".

The Prime Minister said it was Curran's second offence, after earlier failing to record a meeting with Radio NZ senior manager Carol Hirschfeld. 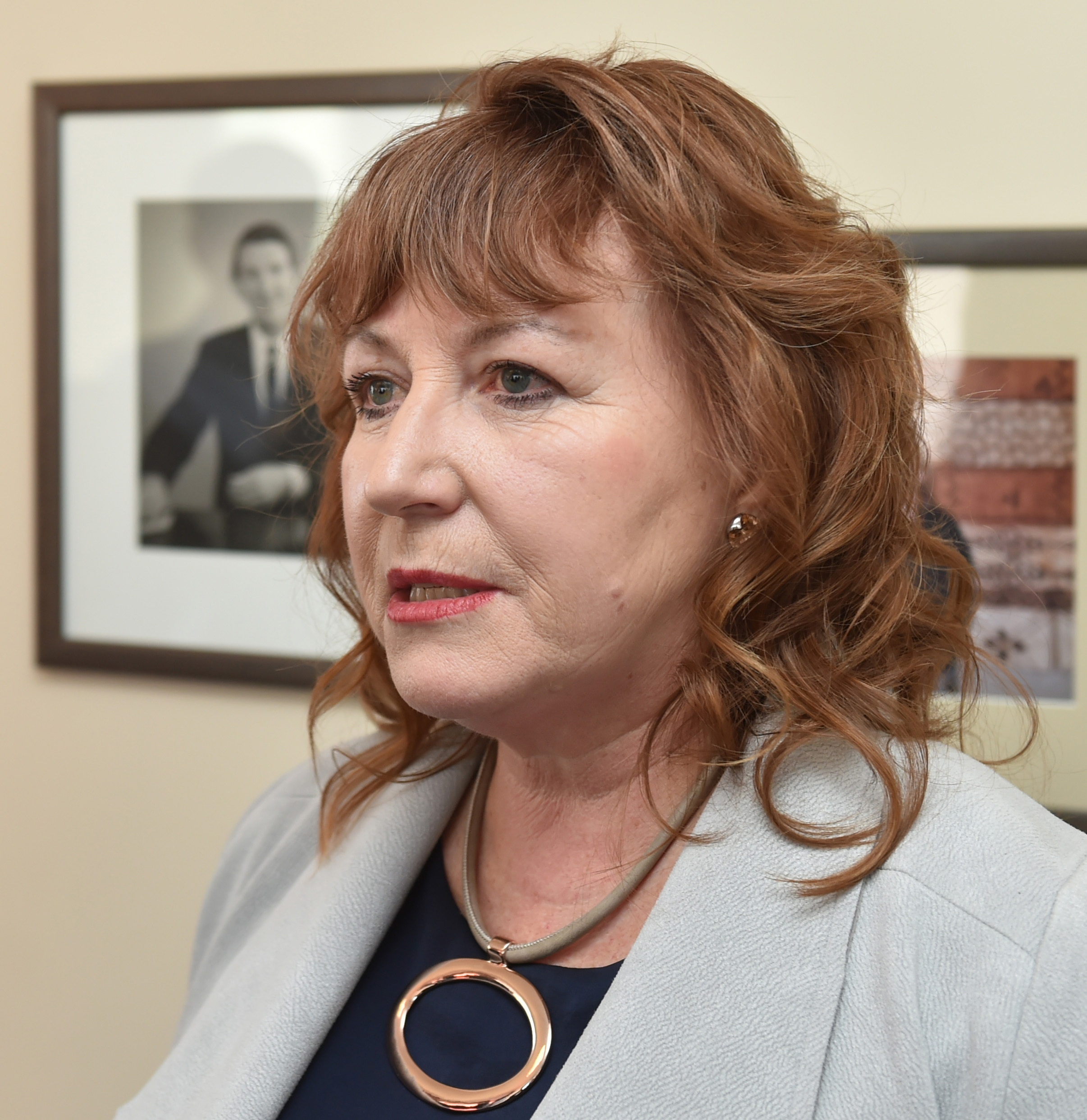 Clare Curran fronts media in Dunedin after being booted from Cabinet. Photo: Gregor Richardson
She vowed to continue in Parliament, saying: "I just want to put my head down now and focus on my portfolio."

She would also continue to represent her electorate.

Asked if she hoped to return to Cabinet she said she was just focused on "doing the best job I can in the portfolios I have".

She said "to the absolute best of my knowledge" there were no other undeclared meetings.

"As with any MP and any Minister mistakes get made.

"The most important thing is to be as accountable as possible and I think I am certainly being accountable and paying a fairly heavy price today."

In a statement, Curran said she "simply forgot" when her answer was sent out and apologised  "for failing to live up to expectations of transparency".

She said Ms Ardern had accepted her resignation.

Ardern said it was a serious error, and that's why Ms Curran had been demoted.

"That's not good enough, and that's why she's been removed by Cabinet," Ardern said at a press conference this afternoon.

"There is no excuse for what has happened here," Ms Ardern said.

"I have let myself and the Prime Minister down and my resignations today are the consequence of my error."

Dr Megan Woods will take over as Minister of Government Digital Services and Ms Curran’s delegated responsibilities in relation to Open Government will revert to Chris Hipkins, as Minister for State Services.

Ms Curran will retain her responsibilities as Minister for Broadcasting, Communications and Digital Media, and as Associate Minister for ACC, but will now sit outside Cabinet.

Labour said in a statement that in February this year Ms Curran met Derek Handley at her Beehive office in her capacity as Minister of Government Digital Services to discuss Mr Handley’s interest in the vacant Chief Technology Officer (CTO) role.

This meeting took place after the first unsuccessful recruitment round for the CTO.

As with approaches from other interested parties, the Minister directed Mr Handley to register his interest with MBIE officials. Applications reopened for the CTO role in May.

The meeting was subsequently mistakenly left out of an answer to a recent parliamentary question for written answer.

The meeting should have been included in the answer and the error had been corrected, Labour said in its statement.

Ms Curran had advised there had been no other meetings between herself and Mr Handley outside the application process.

“The failure to record the meeting in her diary; inform her staff and officials; and accurately answer Parliamentary questions has left the Minister open to the accusation that she deliberately sought to hide the meeting," Ms Ardern said.

“Transparency is important, even more so for Hon Curran given her Open Government responsibilities.

“I have accepted the Minister’s offer to resign her responsibilities relevant to this issue, which clearly she can no longer continue in.

“The CTO appointment process is in its final stages. Minister Curran will have no further involvement in it and State Services Minister Hipkins will take over that process and finalise the details of the appointment and the implementation of the CTO role.

“Minister Hipkins has asked the State Services Commission to take a look at the CTO appointment process to ensure it has been robust, and that the meeting between Ms Curran and Mr Handley had no bearing on the process or outcome. The SSC will report back next week before the appointment process is concluded.

“I want to express my sincere apologies to Mr Handley who has been brought into this issue through no fault of his own. He is a qualified and capable candidate who has made it through to the final stages of the appointment process based on his talent, experience. The issue is entirely about the Minister’s conduct, not Mr Handley’s.”

Today I tendered my resignation from the Open Government and Government Digital Services portfolios and have apologised for failing to live up to expectations of transparency.

The Prime Minister has accepted my resignation.

I omitted to record a meeting with Derek Handley in an answer to a written parliamentary question.

It wasn’t in my diary because it was set up directly between Mr Handley, subsequently a candidate for the Chief Technology Officer position, and I simply forgot about it when the parliamentary answer was sent out.

I have let myself and the Prime Minister down and my resignations today are the consequence of my error.

I am committed to making our government more open and ensuring that creatives and innovators in digital services have a voice at the table. I’m proud of the work I have undertaken.

I will continue to work hard in advancing this Government’s broadcasting and communications agenda.

Here is the written question which led to Ms Curran's resignation.