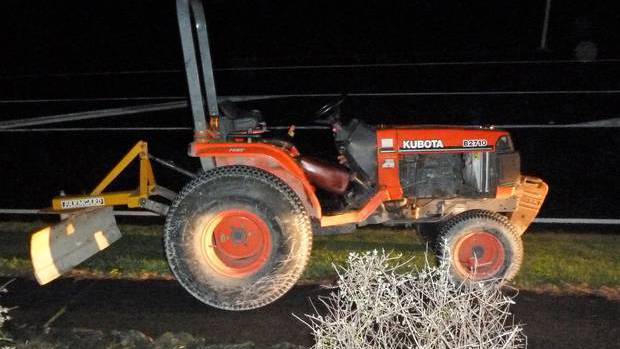 The stolen tractor had a top speed of 18km/h. Photo: NZ Herald

Police used unreasonable and excessive force when they tasered a 15-year-old who stole a tractor and led officers on a pursuit.

The Independent Police Conduct Authority has censured police for their conduct in the incident, in a ruling released today.

The teen, 15, was drunk when he stole the tractor and drove from Kaiwaka to Wellsford on April 16 2018.

Two police officers began pursuing the tractor, which was travelling at a maximum speed of 18km/h.

A third officer planned to set road spikes in Wellsford, but the tractor driver attempted to avoid them by driving up on the footpath.

The teen then stopped the tractor but kept the engine running. The officer fired his Taser at the driver, who rolled off the tractor onto the ground and he was arrested.

"The authority found that it was not appropriate for the officer to fire the Taser in the circumstances, as the driver did not pose an immediate threat once the tractor had stopped and there were more appropriate actions the officer could have taken." 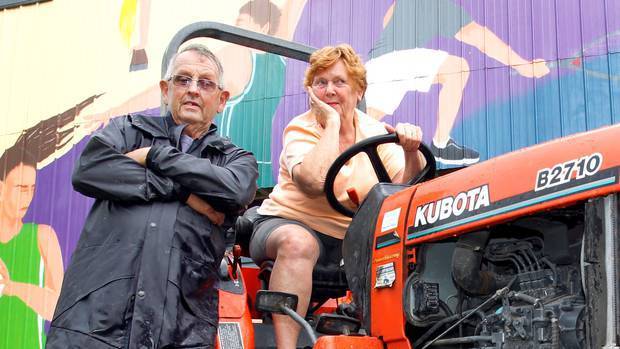 Mark and Pam Ottaway in Kaiwaka with their little Kubota tractor which was stolen and involved in a low speed chase to Wellsford. Photo: NZ Herald

The orange-coloured Kubota was stolen from a shed at the Kaiwaka Sports Association complex, where Mark Ottaway works as the groundsman.

In the early morning darkness Ottaway and his wife Pam had helped pursue the stolen tractor. Mark was driving while Pam, the passenger, was on the phone to police giving regular updates.