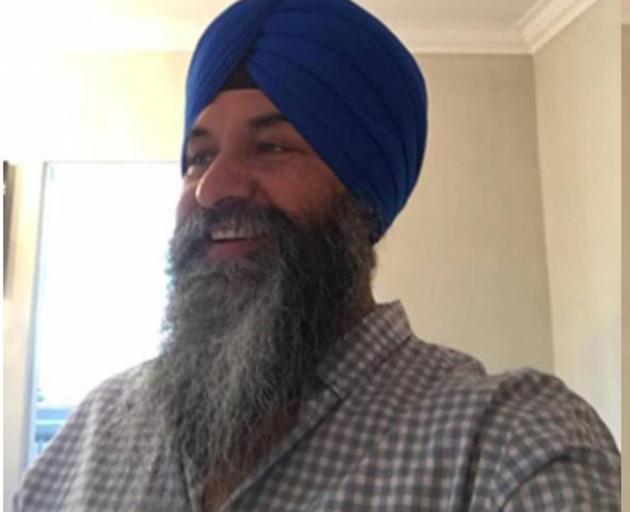 Harnek Singh, 53, remains in a critical condition in Middlemore Hospital after being attacked in the driveway of his Glenross Drive, Wattle Downs home around 10.20pm on December 23.

It is the second public attack Harnek Singh has suffered this year after he was assaulted in Love Punjab Restaurant on his birthday in July.

Singh's colleague at Radio Virsa, where he is the talkback host to the Sikh community, say he was returning home this week from that day's broadcast when set upon - possibly by a group of attackers.

Balwinder Singh, 42, says Harnek Singh is "like a brother" to him and he is part of the team at Radio Virsa which discusses religious and cultural issues in the Auckland Sikh community.

"From the wounds he had you could tell he was attacked by sharp weapons," Balwinder says.

"He's OK, his condition is stable and he's at Middlemore. We believe so [he was stabbed]. The motivation behind the attack obviously has to do with what he says on the radio, what opinion on different issues and topics which have been discussed on the radio.

"Mainly on this radio program a lot of religious issues have been discussed. So let's just say a lot of traditional myths that people believe in, and we on the radio try to explain to people to look at it in a practical way other than the mythical point of view that most people have.

"Obviously that would upset someone who is religiously fanatic, and someone who looks at the religion in a mythical point of view as a lot of religions do."

"After what took place on the 23rd it's hard to comprehend in a country like New Zealand, someone can approach the matters in such a way. That's bloody hard to understand," Balwinder Singh said.

Police confirmed the December 23 attack was not a firearms incident as some Indian media outlets were reporting.

Police said "enquiries to establish the circumstances [of the attack] are ongoing".

The Radio Virsa station has courted controversy in the past, and in June 2020 the Broadcasting Standards Authority upheld a complaint made about comments by host Harnek Singh.

The Authority has heard eight complaints against the station and in 2017 upheld a complaint about "offensive comments about named individuals" and "comments about women [which] were unacceptable in New Zealand society".

Another Radio Virsa colleague, Sukhminder Singh, 37, said the station workers had been barraged by hundreds of threats since Harnek Singh's December 23 attack.

"There have been hundreds of threats over the phone and over the social media to all of us after this incident," Sukhminder Singh said.

"I want to make clear that the issues we have is not just us here, it is around the world - an intolerance of having a different opinion than the tradition.

"When Harnek speaks on the radio it's not only a religious purpose, he always discusses the social values we have in our country and how our community can lag behind sometimes and the change he wants to bring in the youth. We are all law abiding citizens.

"We know we have strong cultural values but we have to mingle here, it's a new culture and the changes must [happen], and some people don't like change, it doesn't matter what community you talk about. It is the threat of a change, they don't want to accept.

"They still want to live 100 years back and they don't want to accept."

The Papatoetoe station describes itself as "a project of a group of New Zealand based Sikhs" who believe that "creations of mediocre or even dubious artistic merit are being imposed on the Sikhs all over the world".

There have also been reports in Sikh24 that in October 2019, Harnek Singh was forced to pay over $100,000 in unpaid wages to former employees.