PHOTO: ODT FILES
It is too early to say if amalgamation is on the cards for the country’s 78 councils, but the way New Zealand’s towns and cities are run is poised for overhaul, to replace an under-pressure local government system.

An independent review has found a swathe of issues in the sector including not enough funding and capacity, poor cohesion and collaboration, low diversity, mistrust between local and central government, and high demands on iwi and Maori without wellbeing outcomes.

Sustainability and relationships were at the core of the issues and local government also needed to strengthen iwi and Maori partnerships under Te Tiriti o Waitangi.

Representation and low engagement were also areas of concern, along with information and communications technology, which was fragmented and in some cases not fit for purpose.

The review, to take a broad look at New Zealand’s system of local democracy and governance, was established by Minister for Local Government Nanaia Mahuta in April and is a two-year project due to finish in April 2023.

Yesterday’s interim report, Arewa ake te Kaupapa – Raising the platform, asks a series of priority questions that the panel will now set about developing answers to over the next year.

The questions include how local governance should be reshaped, what functions and roles would be essential, and what funding and financing would be needed.

It comes as the Government is also conducting resource management and Three Waters reforms, which the interim report said must be factored into any decisions about the future of local government.

The report said the main pressures on local government were the culture of mistrust between central and local government, the constant financial pressure to manage growing demand, including infrastructure for housing, and overlapping and conflicting responsibilities because the sector operated under a “complex web of legislation”, according to the Productivity Commission.

There was also varying capacity and capability between councils ranging from Auckland with a budget of $4.4billion and a population of 1.7million, to the Chatham Islands with an $8million budget for 760 people.

Ms Mahuta told local democracy reporting it was too early to say what size and number of councils would emerge after the review was complete, but there were no pre-determined outcomes.

She welcomed today’s report and said the relationship between central and local government was a two-way street both parties needed to work at.

“We’re going to be tested both ways but it is what it is. I would be more worried if councils started to close the doors on the most difficult conversations and were not calling to be engaged. I have not had that experience yet.”

In rethinking local government the report said a more agile and adaptive approach was preferable in a fast-paced and complex world.

It said any redesigned local governance would need to address current pressures including breaking down mistrust, clearly defining functions and roles and at the most appropriate scale, having sufficient capability and financial capacity, including potentially moving some functions to central government, greater collaboration, and better reflecting all interests including iwi and Maori.

“Any future system of local governance will need to move beyond existing structures and silos and consider governance as a shared endeavour in which many players contribute and deserve a voice.”

the review's second phase would now seek more input from a diverse range of people and communities including looking at overseas models.

Local Government New Zealand adviser to the panel and Selwyn Mayor Sam Broughton said he was encouraged to see the panel had identified areas outside its scope, such as health and education as being critical to thriving communities.

National Party local government spokesman Christopher Luxon said the party supported the review, and it was an important opportunity to think strategically about the future and the relationship between central and local government.

“The initial findings aren’t that surprising. There is clearly room for councils to improve their prioritisation, professionalism and performance."

He said the panel would have its "work cut out" due to council discontent about the "heavy-handed" approach being taken to the Three Waters reforms.

“Hopefully the panel can continue repairing frayed relationships and properly engaging with councils in a true spirit of partnership, because the review is too big an opportunity to waste.” 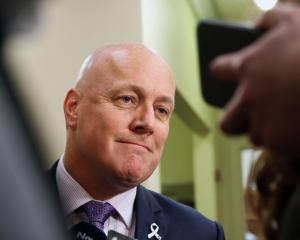