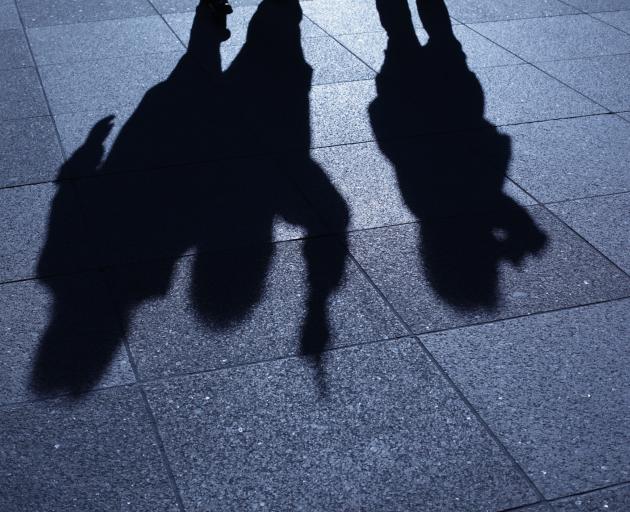 The fate of the 24-year-old Malaysian man, whose crimes have included disposing of a murder victim's body, will be decided by the immigration minister, Iain Lees-Galloway. Photo: Getty Images

A former child gang member, who fled to New Zealand to escape revenge by his former associates, could lose the right to protection because of his criminal past.

The fate of the 24-year-old Malaysian man, whose crimes have included disposing of a murder victim's body, will be decided by the immigration minister, Iain Lees-Galloway.

An appeals tribunal heard he fled after he drove a car at four gang members and a "slash attack" was ordered against him.

The man had been groomed to join the gang at the age of 11 and was initiated two years later.

He was expelled from school, helped collect protection money and joined in fights with rival gangs, the immigration and protection tribunal was told.

Punishments for breaking gang rules included beatings, amputations of a finger or hand or being killed.

As a 13-year-old his arm was burnt with a hot rod as a warning for misbehaviour.

He had just turned 14 when he was ordered to dispose of the body of another gang member, who had been murdered after he had tried to leave the gang.

He heard shots being fired at the gang's headquarters and helped clean up the mess.

"[He] was shocked by what he saw," the tribunal heard. "There was blood all over the room. The body was inside a large plastic bag in the corner.

"After cleaning the room, his superior put stones in the plastic bag and then [he] and the other gang members, were ordered to place the body in the car boot.

"They drove to a bridge over a rough and dirty river and [he] and other gang members were ordered to push the body over."

He had been deeply traumatised by what he was forced to do, the tribunal heard, and had flashbacks about the incident.

While in juvenile detention for a robbery, his father died and after realising he should cut ties with the gang, he attempted to remove his gang tattoo with nail clippers.

When he failed to rejoin the gang, his car and home were vandalised, and he was attacked, once with a rock and later with a machete.

One night he decided to drive his car into a group of gang members as a show of strength and deterrence, the tribunal heard.

He initially escaped to Australia but did not apply for asylum after realising he would spend many years in detention before his case would be decided.

He and his partner moved to Kuala Lumpur, but he was spotted by a former associate and a friend warned him he faced a "slash attack".

They came to New Zealand in 2016 and his partner has already been accepted as a refugee, partly over fears of gang retaliation.

She was also at risk of her stepfather repeating previous physical and sexual attacks on her for providing refuge for her mother and half-siblings in New Zealand.

There had been a year's delay in her partner's appeal tribunal hearing as they tried in vain to find a Malay interpreter.

It ruled that pressure from the gang and his age when he committed the robbery and disposed of a body meant those offences should not exclude him from refugee status.

But it said intentionally driving a car at four people when he was 19 meant he lost the opportunity to be recognised as a refugee.

UNHCR guidelines allow countries not to grant refugee status to criminals in certain circumstances: "Their primary purpose is to deprive those guilty of heinous acts, and serious common crimes, of international refugee protection and to ensure that such persons do not abuse the institution of asylum in order to avoid being held legally accountable for their acts."

"Despite the appellant's claim that he was only seeking to 'warn' the men, he used a car as a weapon, driving it into the men at 50 kilometres per hour, with the purpose of hitting them and because of this, at least one man was subsequently hospitalised," the tribunal wrote in its recently released decision.

"While lacking objective information on the severity of the injuries, the tribunal finds that there is a real likelihood that the victims were wounded or suffered grievous bodily harm."

It estimated he would have been jailed for four years for a similar offence in New Zealand.

He was a "protected person" but his offending meant the decision on whether he stays in New Zealand should be in the minister's hands, it said.

A spokesperson for the immigration minister, Iain Lees-Galloway, said no decision had yet been made.

We do not need foreign criminals here. Send him back. Malaysia is a big country with many states and islands. Let him sort his life out and not the NZ tax payer.