Ross says many MPs in affairs 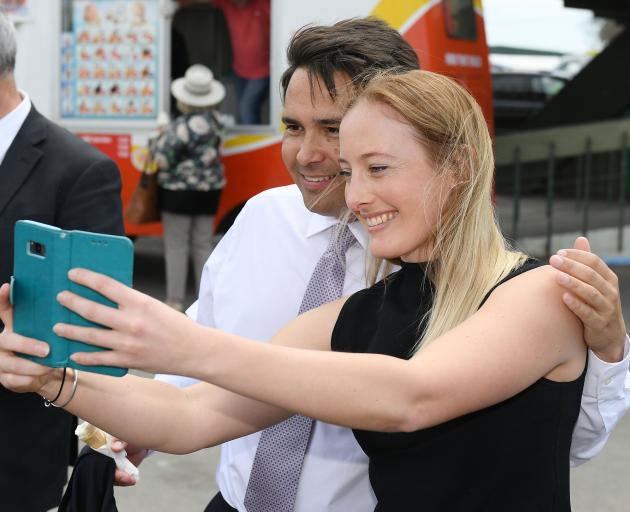 A smiling National Party leader Simon Bridges poses for a selfie in Hastings on Thursday, after a fraught week defending himself against accusations of corruption by former party colleague Jami-Lee Ross. Photo: Getty Images
Rogue MP Jami-Lee Ross says his affair with another MP was "volatile" but not abusive, and his behaviour was no worse than many others in Parliament.

Half the Beehive were having inappropriate relationships, he said, but until now, that aspect of political life had been off-limits. 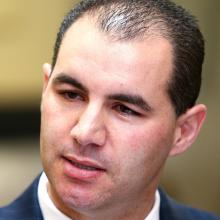 "But those rules have changed in Parliament now. Things that were previously never discussed are now being discussed," he said  last night.

"My behaviour hasn’t been good enough as a husband.

"If the standard is that behaviour is no longer such that someone could continue as an MP then I’d suggest  ...  that one out of three, maybe one out of two, MPs would have to question their behaviour as well."

Mr Ross, the MP for Botany, yesterday admitted affairs with two women.  Both had accused him of misogynistic, abusive, manipulative behaviour. Two others said he bullied them.

He denied that, although he apologised for any hurt caused. He said he felt he had been unfairly targeted after speaking out against National Party leader Simon Bridges earlier in the week."I disagree with the way I’ve been characterised but it was true there was a relationship [with an MP].

"It was quite volatile ...  But there’s two people here. Two members of Parliament. Two married people, and both of us made mistakes," he said.

"What I’m accused of, there are a lot of people doing that. There’s a lot of bed-hopping that goes on down in that Parliament  ...  and the public don’t know about it," he said.

Despite saying he would resign, Mr Ross is  now vowing to stay in Parliament, saying he wants to expose the "rotten, awful things" that have happened in the National Party — including "hits" against those who got off-side with the leaders, he said.

Mr Ross said he had evidence against National from his time as the party whip.

"I was the one who was asked to go out and do those things," he said.

He said he had a number of text messages between him and Sir John Key about a donation that had become difficult.

"I was asked by John Key to go in and talk to the donor and see if there was something about the Labour Party that we could find out.

"John Key and I ended up discussing that later on in text messages."

He also told how, when allegations were made against former MP Todd Barclay, he was the one sent around to be his "mate" and to push him towards leaving quietly.

This week, he said, National MP Mark Mitchell visited him with what he alleged was a similar offer.

"There was a point where I was in my apartment in Wellington  laying on the couch  ...  and I realised the same thing was happening to me," he said.

"At that point, I felt bad for what I did to Todd. But that’s the modus operandi of the National Party ... When people become a liability you push them out the door."

Mr Ross went on medical leave from Parliament last month. While he was on leave, he was identified in a PWC report as the person who leaked his leader’s expense records — a finding he denied.

In retaliation against Mr Bridges, Mr Ross released a recording and text messages as evidence of what he calls electoral fraud. Although questions have been raised about whether they point to any illegal activity, Mr Ross said police would decide if there was anything worth pursuing. He has been interviewed by detectives and left recordings with the police.

He later released a tape between him and Mr Bridges, in which he said Mr Bridges threatened him in response to a request from Mr Ross for natural justice over the four women’s allegations.

Mr Bridges says: "Honestly, Jami-Lee, if I gave you natural justice on these issues it wouldn’t be four or five, it would be 15."

Mr Ross hinted he had more recordings, but would not say what they were. He denied he was seeking revenge, saying National needed to be exposed and he felt it was his duty to do that.

"I decided to speak about the National Party, and their reaction was to try to silence me by having something so damaging to my reputation that I would just quietly go away,’ he said.

"I wouldn’t feel comfortable with myself if I just cowered in a corner like they told me to. The more the National Party wants to question and say I’m a liar, the more I’m going to tell the truth about what’s been going on."

Watch live: Auckland to stay at level 3, rest of country at level 2

There are a few stories floating around on social meeting that Mr Ross has slept with journalists. In his press conference he even warned journalists "you guys" that he would spill the beans on what they have been up to between the sheets. It is concerning particularly in light of some scatter gun news reports that seem more focused on causing maximum damage to Simon Bridges rather than verifying truth.