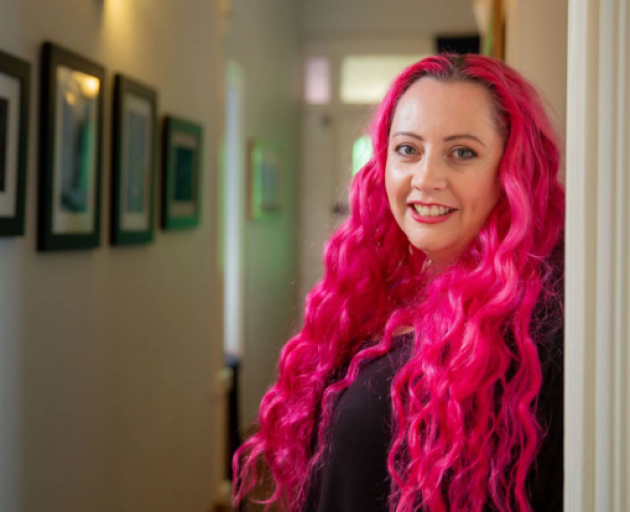 Auckland University Associate Professor Siouxsie Wiles said she has been threatened and abused for doing her job. Photo: NZ Herald
Two of the nation's most well-known Covid-19 experts have filed complaints against the University of Auckland, arguing that their employer hasn't taken enough steps to protect them against "a small but venomous sector of the public" that has become increasingly "unhinged".

Professors Shaun Hendy and Siouxsie Wiles have already scored a preliminary victory in the employment stoush. The Employment Relations Authority has agreed that a review of their concerns should be expedited - skipping the authority's sometimes lengthy investigative process and instead going directly to the Employment Court, despite objections from the university.

The same ruling also orders the University of Auckland to pay the professors' legal fees to date.

"The Authority is concerned about the uncontested evidence that the harassment is escalating and is expected to continue to do so," authority member Rachel Larmer wrote in a decision issued on Christmas Eve. "The issues associated with the vaccination of children aged 5-11 years of age is already a topic that has stirred up increased vitriol towards the applicants."

Hendy, whose data-modelling expertise has been credited with having influenced the nation's Covid-19 response, and microbiologist Wiles, a science communicator who was named the 2021 New Zealander of the Year in part for helping to "make the science of the pandemic clear and understandable", first filed complaints in July. 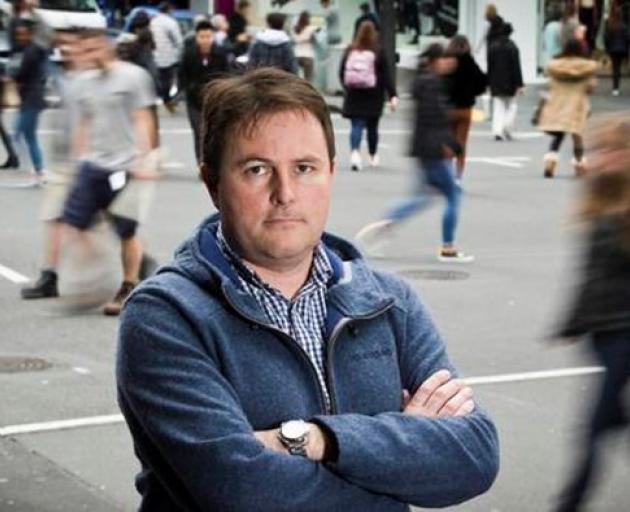 Professor Shaun Hendy, director of the research centre Te Pūnaha Matatini at Auckland University, says his employer hasn't done enough to protect him from threats. Photo: NZ Herald
Both experts say they've been raising concerns about their safety and have been requesting the university to help protect them since April 2020, shortly after the pandemic began. The university, they argue, has either responded inadequately or not at all.

"Associate Professor Wiles has been the subject of doxing with an associated threat to physically confront her at her home," the judgment states. "Professor Hendy has been physically confronted in his office on the university campus by an individual who threatened to 'see him soon'.

"The applicants have suffered vitriolic, unpleasant, and deeply personalised threats and harassment that has had a detrimental impact on them in terms of their physical safety and from a psychological, mental health and wellbeing perspective. The level of harassment they are facing is continuing and has been getting worse and 'more extreme' in nature."

As academics, it is part of their job requirements to share their expertise with the public, and in turn it is the university's job to make sure they are safe in doing so, they have argued. New Zealand law encourages academic freedom in which they act as the "critic and conscience of society" and "promote community learning", they said.

But in a written response to Wiles and Hendy in August, the university suggested they address the safety concerns by keeping their public commentary to a minimum. University officials also suggested they take paid leave to enable them "to minimise any social media comments at present".

While the two have every right to provide public commentary on the pandemic, they are not "expected" or required to do so, the university has told the Employment Relations Authority.

Wiles and Hendy said the suggestion was unreasonable.

"The applicants note that they have previously been asked by the (university) and the Prime Minister's Office to provide such commentary, in their roles as employees ..." the ruling noted.

The academics also disputed any suggestion they have been targeted for "outside activities" other than their work on Covid-19.

"Neither applicant experienced harassment like what they have received since they began publicly communicating about the Covid-19 pandemic," the Employment Relations Authority document states.

"They point out that the harassment they are receiving has worsened since the anti-lockdown and anti-vaccination protests have ramped up, and note that these activists have become more emboldened over time."

In the months since the initial complaints, Auckland University has ordered an external security review which found "opportunities for improvement" regarding the professors' digital and physical security. But the university's timeframe for implementing the suggestions is staggered throughout 2022, the academics noted, adding that they can't wait a year.

The Employment Relations Authority agreed that the matter should be decided sooner rather than later.

The complainants have "laid a solid evidential foundation", Larmer wrote in her ruling, that the professors have been subjected to extensive threats, harassment and abuse, "some of which appear on the face of it to be 'unhinged'".

She also noted a "significant public interest" in Wiles, Hendy and other experts being able to "publicly communicate about issues of public importance that arise from and/or are associated with the current pandemic".

"Constraining or stopping their public communications on Covid-19 related matters, as recommended by the respondent, will deprive the public of the benefit of their expertise during the current pandemic," she wrote, adding that "further delay is undesirable in the face of the apparently escalating safety risks".

But she also noted that if the professors' academic freedom position is upheld by the court, "then that will have a serious impact on how the (university) applies its limited resources, in circumstances where the pandemic has already created a fiscal deficit for the respondent".

The Employment Court registry remains closed for Christmas until Wednesday, at which point the next steps in the employment dispute can be determined.