Some expectations could be dashed 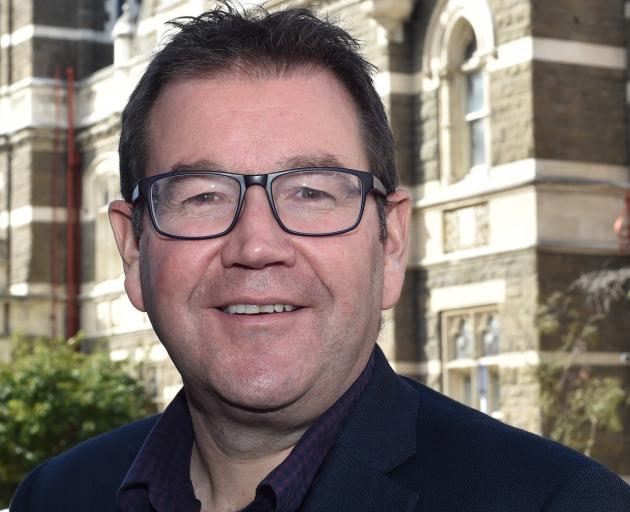 Finance Minister Grant Robertson delivers his first Budget this afternoon. Photo: ODT files
Budget 2018 could realistically be called ''Great Expectations'' - expectations that seem likely to be dashed for many Labour and Green supporters.

The Greens will suffer the most from a lack of policy funding in today's Budget. Supporters could be forgiven for looking back with regret at the money allocated by National in previous Budgets.

With a nod to my southern roots, its cheese rolls with the PM for my Budget morning snack @jacindaardern pic.twitter.com/gXnZ8Ctyl9— Grant Robertson (@grantrobertson1) May 16, 2018

Unions, teachers, nurses and midwives are crying out for more funding for their special areas of need. Farmers wanting compensation after their dairy herds were infected with Mycoplasma bovis are also seeking Budget money, an area likely to have found late favour with Mr Robertson.

There is always a major difference in the way the public views Labour versus National Budgets.

Labour is expected to spend on social services such as health, housing and welfare. National is expected to lean towards tax cuts, helping people find jobs and be less reliant on government help.

Those lines have become blurred in recent years, with National continuing with Working for Families and belatedly realising there was a housing shortage and an accommodation shortage for the homeless.

Labour is now signing up to international trade agreements and is looking more business-like, despite bowing to union demands on workplace relations.

It's Budget Day - one of the biggest milestones in Parliament's year. Still feeling a bit fuzzy about what it all means? Here's a clip to run you through the basics: ▶ https://t.co/EqwIuide38 #nzpol #Budget2018— NZ Parliament (@NZParliament) May 16, 2018

The Public Service Association, the union for public servants, is calling for the Government to urgently relax its Budget Responsibilities Rules (BRR) to tackle the $2.7 billion hole it claims to have found in the health budget.

Analysis by the Council of Trade Unions and the Association of Salaried Medical Specialists claimed to show the Government would need to spend $2.7 billion to restore services to the level they were in 2010 and fund new initiatives.

National raised spending in those areas, just not as much as Labour said it should.

Mr Robertson has been watering down hopes for a large spend-up and Dr Clark has told his colleagues to rethink how they want their money spent.

Mr Robertson has been clear he will not bend his BRRs and although he has nearly $1 billion extra to spend, spending it all in one go would be irresponsible, he acknowledged.

The areas most likely to be front and centre of the first ''wellbeing'' Budget today are: health spending, education funding, some new housing initiatives - despite Housing Minister Phil Twyford actively announcing policy pre-Budget - and social help for those in need.

The Government's first months have been marked by the establishment of more than 100 working parties or reviews.

After nine years in Opposition, Labour could have been expected to have worked quickly to bring in policies of importance instead of tinkering at the edges.

Although New Zealand does not have a heavily unionised workforce, there have been great expectations for more help for workers since the September election.

Those expectations and hopes are unlikely to be met today.