Teacher unions are warning of likely strikes to seek pay rises costing "hundreds of millions of dollars", including an extra allowance for teaching in areas of expensive housing such as Auckland.

Primary and early childhood teachers in the NZ Educational Institute (NZEI) have voted in Rotorua this morning to hold paid union meetings in the first term of next year to finalise claims for what executive member Liam Rutherford described as a "seismic shift" in pay rates when their current agreements expire next May and June.

Secondary teachers in the Post Primary Teachers Association (PPTA) are also expected to vote in Wellington this afternoon to hold paid union meetings in the first term and to prepare financially for industrial action when their agreement expires next October.

A background paper for PPTA delegates says the top of the basic pay scale needs to jump by 14.5%, from $75,949 to $86,967, to restore top teachers to the same relativity of 81% above the median income of all wage and salary earners that they achieved after their last big pay rise in 2001-02.

It says the pay rise and a reduced workload, particularly for middle managers such as department heads and deans, are needed to overcome severe teacher shortages in high-cost areas such as Auckland and in subjects such as maths and te reo Maori.

"The last settlement [in 2015] cost the Government $30 million to $40 million extra in secondary teacher remuneration each year," the PPTA paper says.

"Pay increases of considerably more than those achieved in the last three rounds, as well as extra non-contact time and other conditions improvements, would make the cost of this claim significantly higher - into the hundreds of millions per year.

"PPTA has achieved wins of this magnitude before, but only after considerable industrial action, including strikes.

"We will need a strong membership commitment to achieving these aims and a willingness to undertake significant industrial action."

NZEI general secretary Paul Goulter also warned his members: "We will most likely be looking down the barrel of industrial action."

"Today we need to commit to taking on the biggest industrial fight in our professional lifetimes," he told them.

As well as a general pay increase, the PPTA paper proposes "a mechanism to address supply issues in areas where the median house price exceeds seven times the top step of the trained teacher base salary scale, or where the school is in a hard to staff district".

Based on the current top basic rate of $75,949, teachers would get an extra allowance when median house prices exceed $531,643.

The first four cities would still get the allowance even if the top basic teacher's salary jumped to $86,967, lifting the house price trigger to $608,769.

PPTA president Jack Boyle said the extra allowance would not be a permanent "Auckland loading" similar to one that applies to public service jobs in London - a differential unions have resisted here to be fair to all workers. If house prices fell and basic teacher salaries rose, Auckland might not need the allowance in the future.

He said the actual level of the allowance would need to be realistic.

The PPTA has calculated that it would need to be $70,000 a year to fully compensate for Auckland house prices.

"There is absolutely no way that that's going to happen,"  Mr Boyle said.

But equally, he said, it would have to be a lot more than the "pittance" of $2500 a year, which the Ministry of Education already pays teachers in 24 high schools in hard-to-staff rural areas - currently Waikato, South Waikato, South Taranaki, Tararua, Kaikoura, Buller, Grey, Westland and Southland Districts.

A voluntary bonding scheme also pays up to $17,500 to beginner teachers who teach for three to five years in decile 1 and other hard-to-staff schools. Education Minister Nikki Kaye decided just before the election to extend this to beginner teachers in all schools in Auckland from next year.

"That is a positive step, so we are seeing a shift, it's just not far enough," Mr Boyle said.

He said teachers' salaries had risen more slowly than median wages since 2008 because of tough public service rules keeping pay rises at or below increases in consumer prices - rules dating from a blowout in the Budget deficit after the global financial crisis and the Christchurch earthquakes.

Both teacher unions appear to have decided that, with the Budget now in surplus, it's catch-up time. 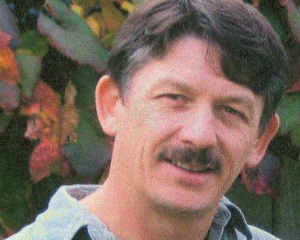