Thousands gather in Christchurch for vigil 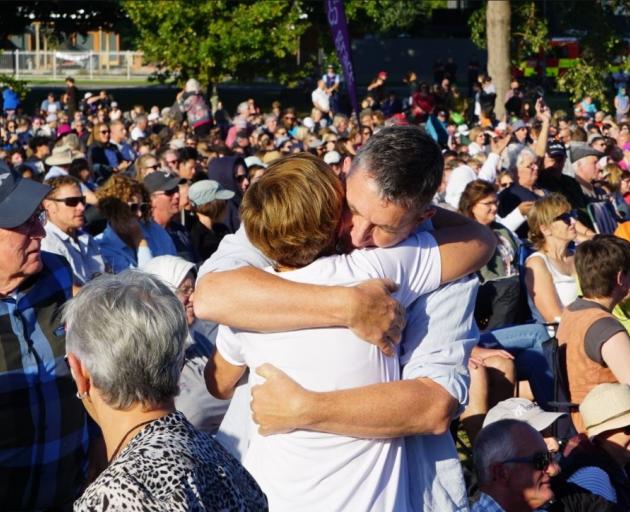 People embrace during a vigil in Hagley Park, Christchurch. Photo: RNZ
The organiser of a vigil planned in Christchurch's North Hagley Park tonight is expecting between 30,000 and 40,000 people to attend.

From 5pm prayers will be led by Muslim and Christian leaders followed by performances by opera singers and a kapa haka group.

The vigil will make use of the stage for the cancelled Bryan Adams concert.

Organiser Scott Esdaile has been working on the vigil since the night of the shootings.

He said the aim was a family friendly event where people could bring a picnic and show their support for the Muslim community.

Scott Esdaile said he wanted the city to show how loving and compassionate it was. 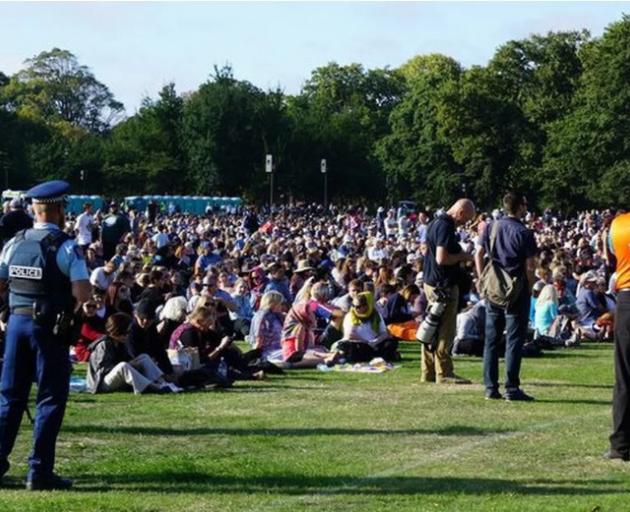 Thousands of people have turned out in Hagley Park in Christchurch this evening. Photo: RNZ

"We have a few other things planned for the evening. A lot of singing, we want to make sure that we sing the best song ever and that is our National Anthem and we want to sing that loud and proudly."

Buses will be free this weekend and people are urged to use them rather than their cars.

Vigils have taken place across the country since last Friday's shootings.

On Friday, the call to prayer was broadcast nationally followed by two minutes of silence observed at Hagley Park, opposite the Al Noor Mosque in Deans Ave.

An anti-Islamophobia rally, Kia Kaha Aotearoa: Stand Against Racism, was planned to be held at Aotea Square in Auckland at 2pm today.

With huge numbers of people planning to attend, organisers decided to start at Aotea Square, then march to Victoria Park.