Truck fire on motorway near Wellington

A large truck has caught fire, causing traffic chaos on a Wellington motorway this morning.

The New Zealand Transport Authority has advised people who normally use State Highway 1 from the Porirua or Paremata area to consider "working from home" or delaying their journey after the truck and trailer caught fire.

The fire was about 200m south of the roundabout on a southbound lane of State Highway 1 in Paremata, north of Wellington.

Southbound lanes on the highway were all shut at about 6.30am and northbound traffic was reduced to one lane.

"It went pretty wild and there were quite a few bangs," eyewitness Jann Watt-Drake said.

She said the truck and trailer was on fire just beside the highway and the truck driver had probably pulled off the road just after noticing his vehicle had a problem.

"He's driven down to the closest grass verge."

Ms Watt-Drake was among many motorists and commuters delayed this morning."It'll be backlogged something shocking."

Northbound traffic was down to one lane and southbound lanes all closed because of the blaze.

The Fire Service and Police were at the scene.

There were no reports of any injuries.

Major delays for motorists were expected. 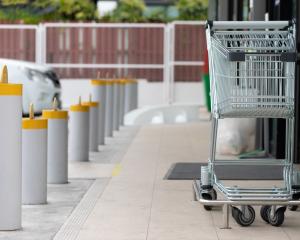